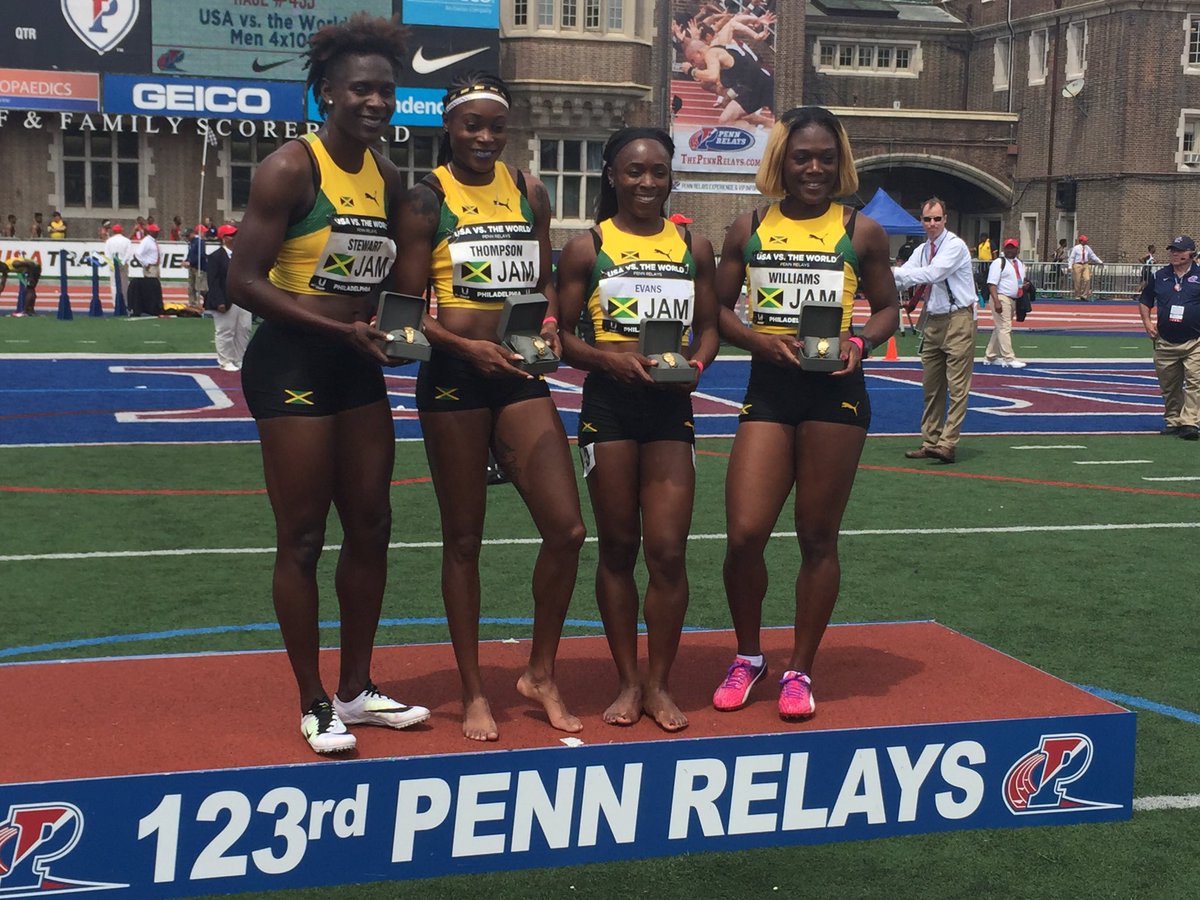 Jamaica, May 1, 2017 – Kingston – The Jamaican men and women dominated the track events at the Penn Relays which were held from April 27-29 at Franklin Field, on the campus of the University of Pennsylvania.

Other record breaking performances included Calabar High School’s team of sophomores, smashing the Penn Relays High School Boys’ 4x100M record in 39.00 and then later on, winning the 4x400M. Hydel High’s girls also get a new 4×4 record with 3:33.99 and St. Elizabeth Tech won the boys 4×800 championship in 7:33.27.