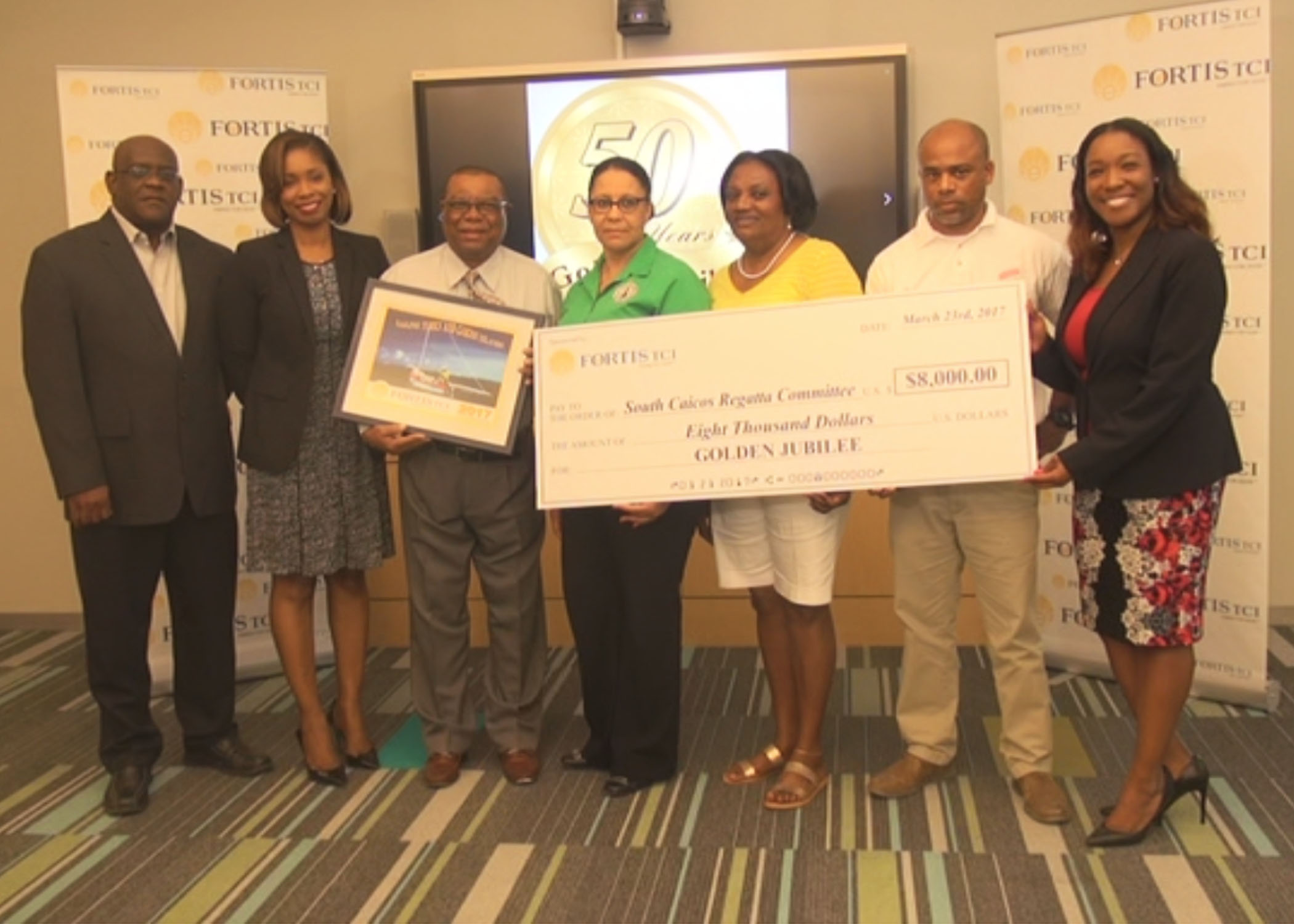 A cheque of $8,000 was presented to the South Regatta committee from FortisTCI to fund the sailing activities that will take place at the event in South Caicos. The Financial Vice President of FortisTCI, Ruth Forbes, said that the donation is in hopes of getting more people to participate and to remind the people of Turks and Caicos that the South Regatta is an important part of their history.

The South Regatta is a traditional event that dates back to 1966, following an official visit from The Queen. Bill Clare informed that when the Queen visited the island, she arrived on the Brittania. When she was departing, approximately 30 local sloops hoisted their sails and sailed past the Brittania. From that event, the South Regatta committee was formed to commemorate the visit of the Queen.