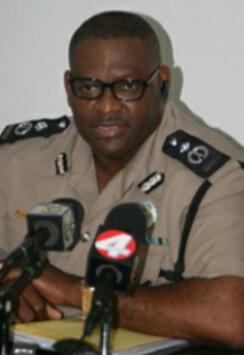 Providenciales, 17 Nov 2014 – Not guilty for Rodney Adams, the former Deputy Commissioner of Police who had been thrust into a negative spotlight when the Integrity Commission charged him with five counts of breaching the ordinance.

Mixed emotions to the verdict which was handed down moments ago.

On Friday Adams’ attorney, Ariel Misick managed to convince the court that four of five charges were baseless. Today, the suspended veteran officer appears to be vindicated.

People swarmed the court to hear first hand. The charges were linked to the Keziah Burke murder investigation where Adams’ son was a remanded suspect.

Adams declined comment saying there would be a press conference, later.