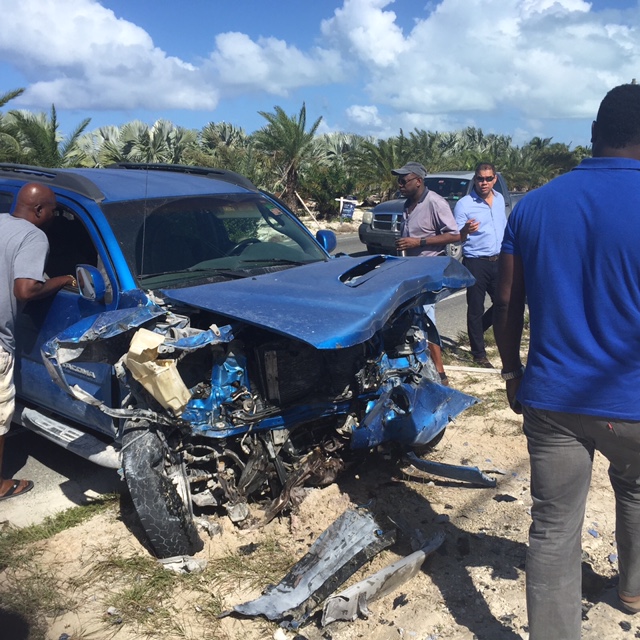 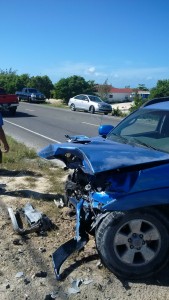 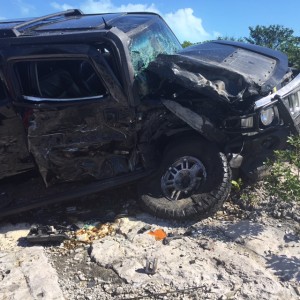 Providenciales, 28 Dec 2015 – A collision between a truck and Hummer has brought more grief to the TCI today.

An afternoon traffic accident in Long Bay is evoking additional trauma to the close of the Christmas holiday weekend as a local man is dead now.

It is the second sudden death in Providenciales in 24 hours.

Reports are the man, believed to be in his 50s, died at the scene of the accident today where a Hummer driven by tourists was reportedly involved. Photographs sent to Magnetic Media reveal that the vehicles – a black Hummer and blue truck were extensively damaged; front end damage.

Details are scant at this hour and we await a Police report to reveal the focus of the investigation and the identity of the multiple victims; even though some of that information is already widely known.

Everyone was taken to hospital.