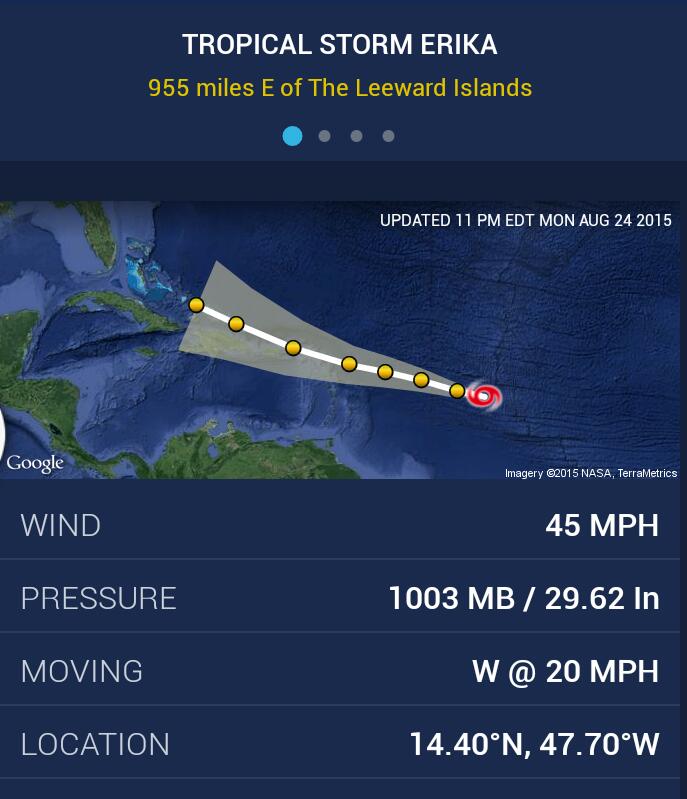 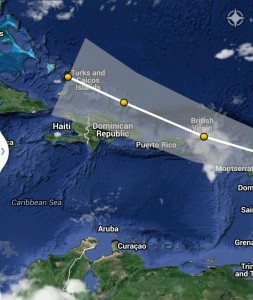 Providenciales, 25 Aug 2015 – Danny is dead. No trace of the storm which last week was at its worst, a category three hurricane and which yesterday was a Tropical Storm. Two systems are being monitored in the Atlantic; one late last night evolved to being Erika, a fast moving Tropical Storm moving west at 20 mph… the other still at a low chance for developing.