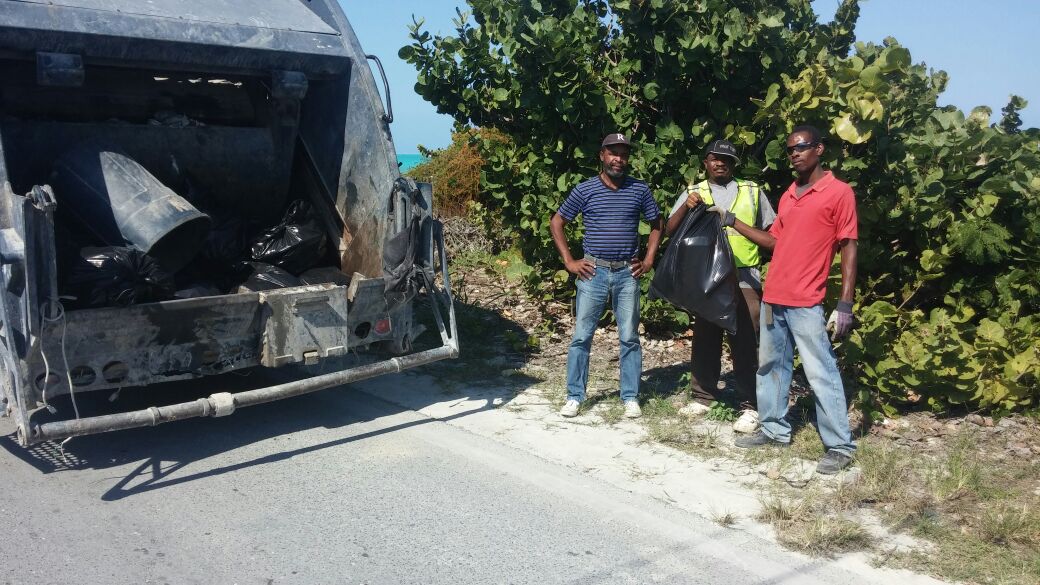 Providenciales, 17 Feb 2015 – Ultimately, residents must take more pride in keeping their neighborhoods and communities pristine but a clean-up campaign spearheaded by the Member of Parliament for Wheeland is underway, and Hon Delroy Williams says two Blue Hills businesses have come on board again to free the sides of roads of trash. The campaign to get the garbage began yesterday and partners Williams with the managers of Three Queen’s restaurant and Froggie’s on the Bay. The MP said so far there have been about five Wheeland community clean ups were residents got involved; he has done the work of collecting irresponsible dumping of garbage on the sides of roadways as many as nine times.

Residents do not appear to be getting the message though, as there is constant social media outcry for islanders to stop tossing their household trash into bushes as they are driving by. Another vexing habit; actually placing household garbage onto vehicles supposedly en route to the dump; but when those bags of garbage fly off of cars and trucks, they are left in the street adding to the mounting litter and nasty look of some neighborhoods. Hon Williams said he believes there can be clean ups every two weeks in his district, but reiterated, and I quote: “that the long term the solution is for residents and visitors to love our islands, that is the only way we can be beautiful by choice.”