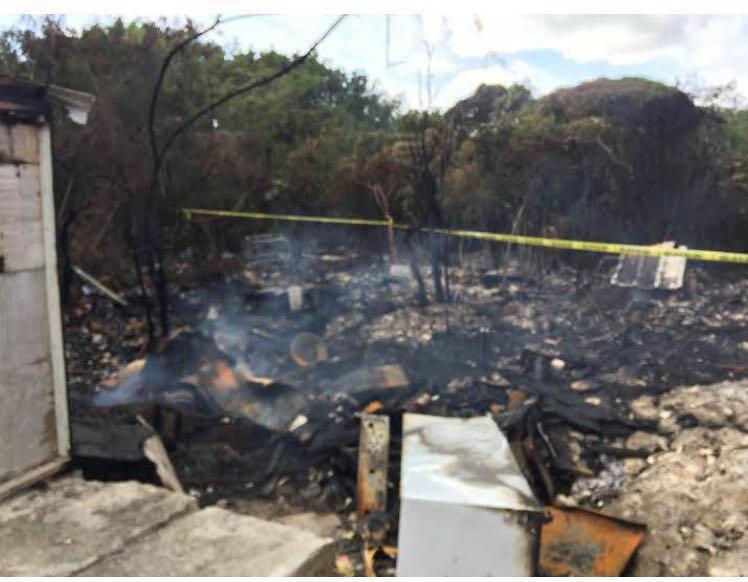 Providenciales, 09 Mar 2016 – An explosion at a wooden house in Blue Hills erupted into fire and worse, caused the death of a man.

The man killed is identified as Arsene Pierre; his sister was interviewed and said it was the heat that woke her from sleep. Upon putting out the blaze, fire officials found the charred body of Pierre.

Neighbors say they tried to help, after hearing something blow up in the side of the house that Arsene Pierre was in.

His sister, was described by Police as, traumatized.

Press Officer, Kevin Clarke says there will still be that autopsy to determine exact cause of death.