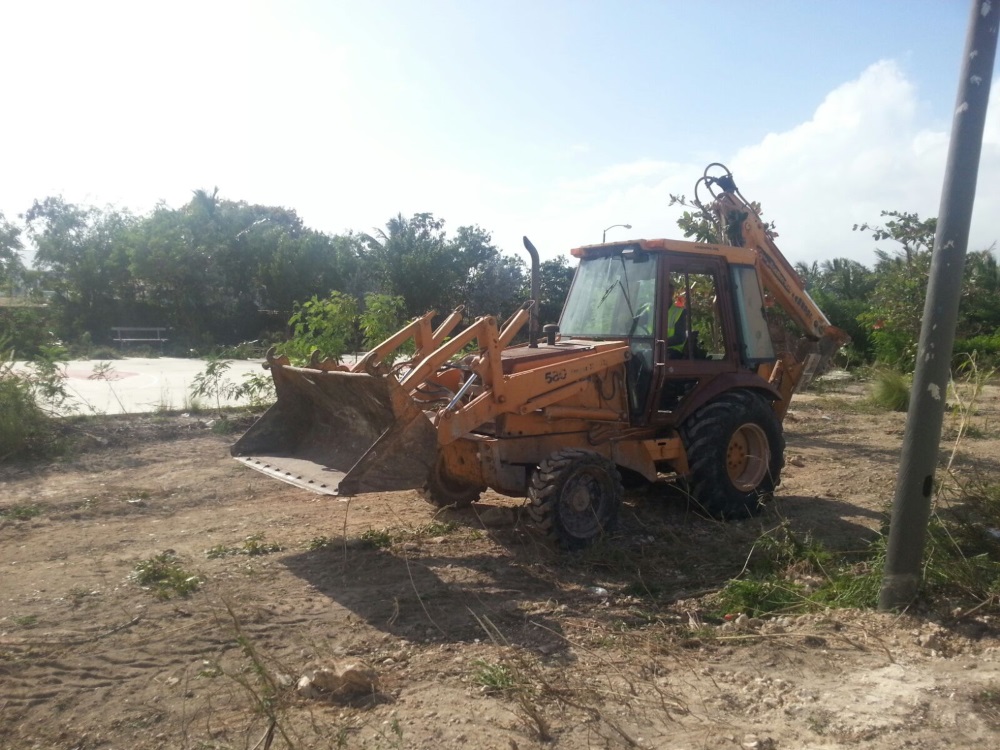 Providenciales, 16 Feb 2016 – Months, possibly years of bush had grown up around the Priton Development Phase One basketball court and playground, but three have partnered to see the spot now more spic and span.

Member of Parliament for Wheeland, Delroy Williams and Deputy House Speaker, Josephine Connolly funded work at the site where workmen tried to hack away at the think bush. When that was proving too huge a task, another Wheeland resident pitched in with a backhoe.

Turks and Caicos Environmental Management is that third partner and the company leveled the bushes and moved around some boulders.

TCEM had already been busy pushing bush back from the roadway along Millennium Highway; citing that it was necessary to create a safer strip for motorists and pedestrians.