#Providenciales, October 16, 2018 – Turks and Caicos -It reflects a commitment the people of the islands. 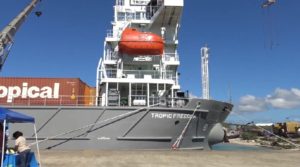 “You know this vessel coming to Turks and Caicos today is a direct reflection of the commitment we have and as organization for your commitment to island living.” –  Emile Hamilton – Trade Manager, Turks and Caicos & Cayman Islands, Tropical Shipping

It reflects the value of public and private sector harmony.

“People want higher standards, and we never get tired of saying it, it’s what we always say here at Ports Authority, it’s our aim, we are happy that we have been able to pull so many elements together to make this happen.” – Devon Williams – TCI Ports Authority, Chairman

It reflects a major advancement in shipping for the Turks and Caicos Islands.

“The harbor was dredged out last week to accommodate this brand new vessel, so I want to say thank you to the Government and the Ports Authority.” – Carl Simmons – Director & Owner Cargo Express 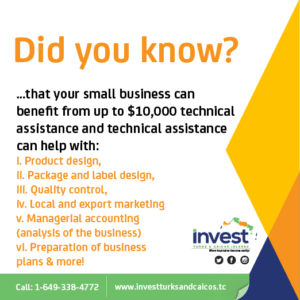 It confirms that the islands are indeed growing.

“It was built in China, it left China and sailed to West Palm Beach, Florida, loaded with containers for Turks and Caicos, and it arrived to Providenciales on its maiden voyage here today.” – Carl Simmons – Director & Owner Cargo Express

And it creates the opportunity for an exportation boom.

“We need to start to do something, so that we can produce something in the Turks and Caicos that we can say is going to be on somebody else’s table.  I challenge each and every one of you to try and identify what that could be, other than lobster and conch, because we’re bringing things in, but we’re not sending anything out.” – Carl Simmons – Director & Owner Cargo Express

It was an amazing day on Friday for Tropical Shipping and Cargo Express with ribbon cut by  Accounts Manager, Syvil Morgan flanked by government leaders including Premier and Finance Minister, Hon Sharlene Robinson for the newly docked Tropic Freedom at South Dock, 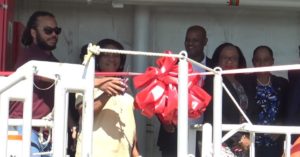 Carl Simmons, Director and Owner of Cargo Express, agents for Tropical Shipping in the Turks and Caicos made the maiden voyage with two other staffers, arriving at 8:15 a.m. on Friday October 12 through a freshly dredged harbor for a well-attended welcome event, dock side.

The Tropic Freedom is the largest cargo vessel ever commissioned to TCI for Tropical Shipping, and carries nearly five times more than the original cargo ship by Tropical & Cargo Express, 23 years ago with the capacity now for 308 containers.

The Tropic Freedom will make weekly runs to the Turks and Caicos Islands and is believed to be the largest container vessel to have ever moored at South Dock in its almost 40-year history.