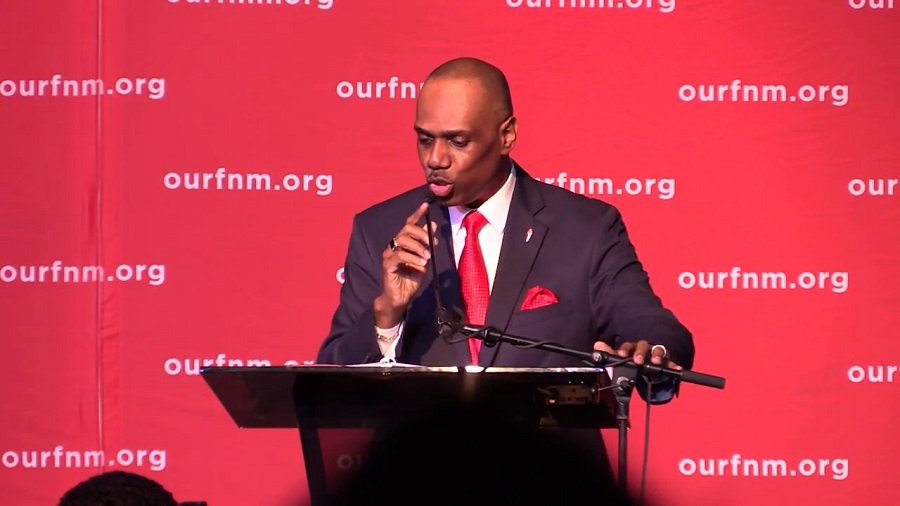 #Bahamas, September 28, 2017 – Nassau – A decision by the Prime Minister to offer a most unique kind of help to #Dominica in the aftermath of Hurricane Maria has Bahamian MPs speaking out for their constituencies and what they need.    In an address, which he promoted before it was delivered, MP for Pineridge, Grand Bahama – Frederick McAlpine chided the decision to bring in students and guardians from Dominica when Freeport he said is also in crisis mode.

McAlpine, in the House of Assembly suggested giving the Dominican Government $200,000 and advised against bringing their people into the Bahamas; he called it a burden the Bahamas cannot bear.    The reverend reminded Prime Minister Hubert Minnis of the FNM campaign slogan, that it is the People’s Time; he said however, Freeporters are not feeling that it is their time, they continue to feel neglected.

Supporting the presentation by Mr. McAlpine were fellow Grand Bahama MPs and Cabinet Ministers, Michael Pintard and Peter Turnquest.  #FrederickMcAlpine said the constituents picked a man they believed would fight for them, and that he is doing just that for Pineridge.

Adding to his comments were some from Long Island MP, Adrian Gibson who presented for his constituents in Parliament saying there is a dire need for clean pipes so that Long Islanders can access healthy potable water and an expanded airport to facilitate tourism potential and economic growth on that island.