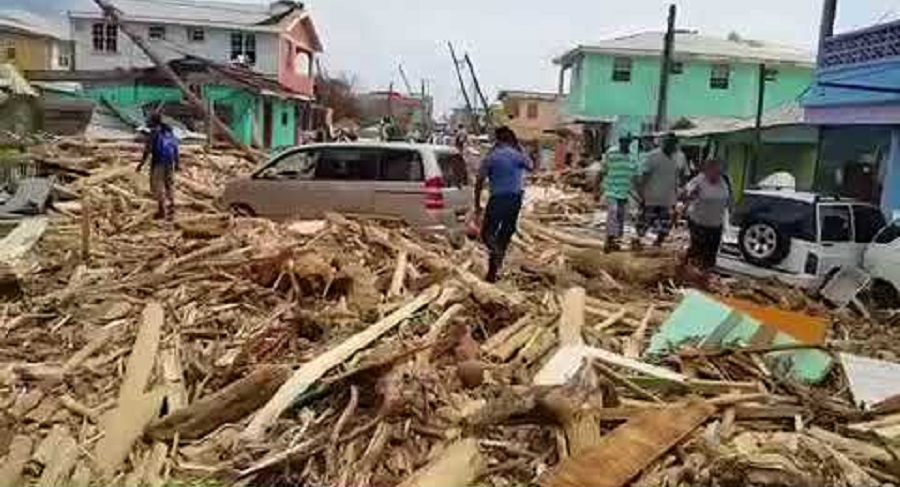 #Dominica, September 28, 2017 – The report coming out of #Dominica is heartbreaking, harrowing in the aftermath of #HurricaneMaria as we now learn that 27 people died during the then Category 5 storm, and dozens more are still missing.    While aid is coming, it is reportedly slow in arriving to the island home to 71,000 people which has been savagely ripped to bits.

One BBC report said relief supplies are having to be dropped from helicopters to residents in the Capital of the country, Soufriere, because access is near impossible on the ground.    It is said 80% of the country’s structures were flattened in the storm; the island is in ruins.    Schools are destroyed, telecommunications is cut off and the island’s main hospital was without power; it is unclear if there is yet to be electricity there.

A curfew is in effect for Dominica and PM Roosevelt Skerrit, who is trying desperately to find outside help for his people has labeled the challenge left by the September 18 storm, ‘humungous’.