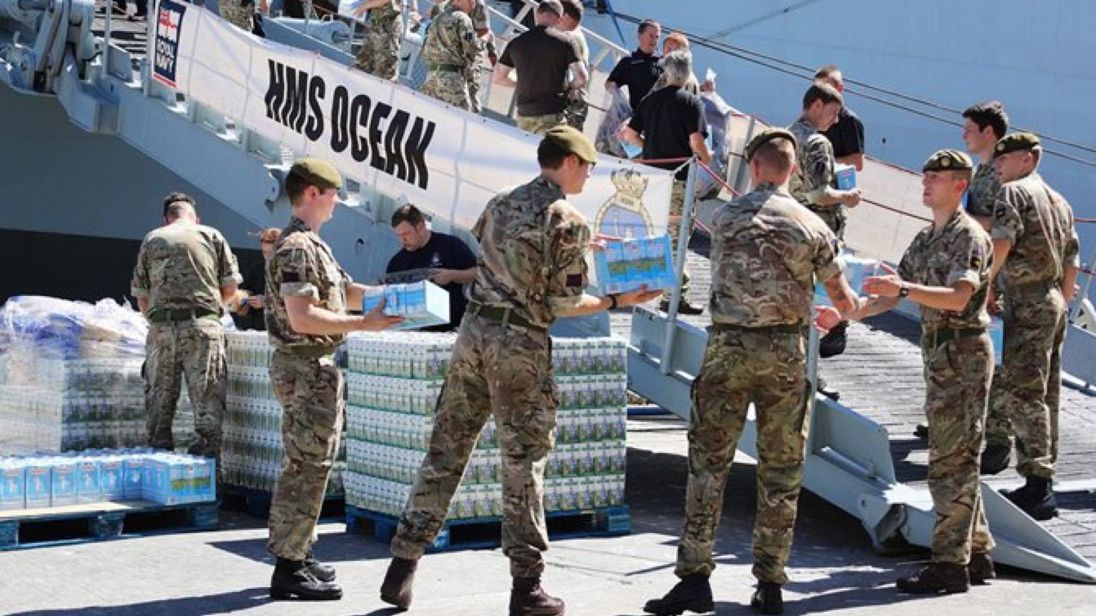 Turks and Caicos, September 25, 2017 – Providenciales – The British Government has pledged to give the hurricane-ravaged island of Dominica £5 million in UK aid, the International Development Secretary, Priti Patel has announced.

Priti Patel will visit the Caribbean on Sunday to see firsthand the damage caused to a number of British territories that were destroyed by two major storms. Category five Hurricane Maria ravaged the island of Dominica after making landfall on Monday, leaving 98% of buildings damaged and thousands without power – affecting almost the entire 70,000 population.

Ms. Patel announced the latest wave of UK Government support as she visited HMS Ocean, which on Friday delivered 60 tonnes of UK aid to the Caribbean, almost doubling the amount of aid in the region.

She said: “The UK has pledged to give £5 million to the people of Dominica, the island worst hit by Hurricane Maria – on top of the £57 million already promised to the region – to strengthen recovery following these relentless disasters. I have come to the British Virgin Islands and Anguilla to see first-hand UK aid in action, helping families whose lives have been ripped apart first by Hurricane Irma and then Maria.”

During her trip, Ms. Patel will meet families in the British Virgin Islands whose lives were torn apart by Hurricane Irma, and she will visit Anguilla to see UK efforts to get schools and businesses up and running to speed up recovery.

The £5 million pledge brings the British Government’s financial support for islands hit by Hurricane Maria and Hurricane Irma to £62 million, a sum which has gone to overseas territories including the British Virgin Islands, Anguilla and Turks, and Caicos.

This new pledge comes after calls for the UK Government to revisit their foreign aid policy with would prevent the country from contributing to relief efforts in the British overseas territories.