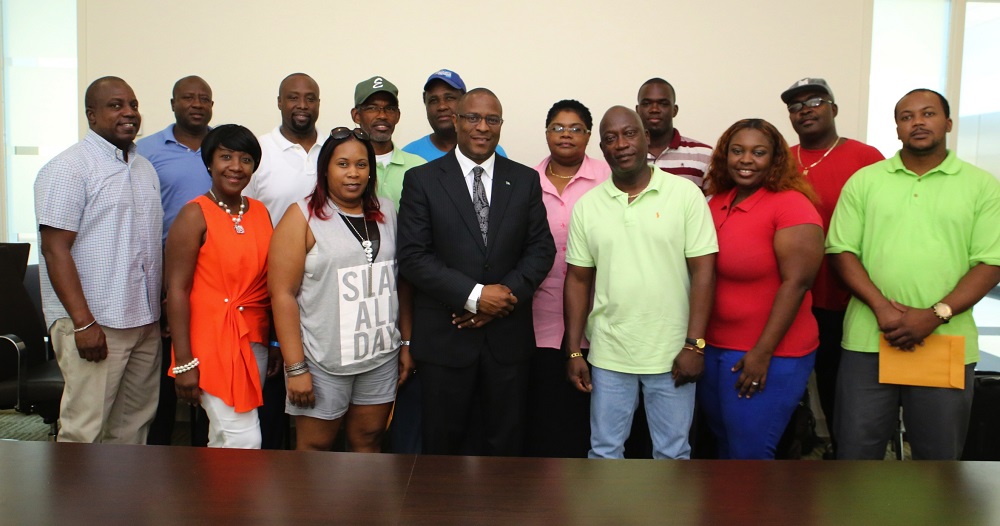 #Bahamas, September 25, 2017 – Grand Bahama – Minister of Youth, Sports and Culture, the Hon. Michael Pintard, on Saturday, September 23, presented the major Junkanoo groups on island with their seed money to prepare for their New Year’s Day Parade.

Describing Junkanoo as the most culturally recognized expression in the country, Minister Pintard said it attracts the largest number of Bahamians as participants and observers.

“We recognize that the cost of going downtown and displaying this gift could never be covered by the government, so clearly the practitioners of Junkanoo are doing this because they absolutely love the culture, love this art form.

“But what we [the government] can do is continue to contribute to the growth and development of Junkanoo throughout the country, and of course, in Grand Bahama.” 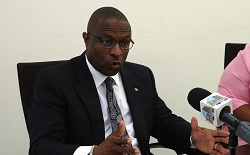 The Minister also used the opportunity to announce that the government is about to embark on what he described as an “exciting programme”: He said that the government believes that Junkanoo should be available throughout the year, providing employment and providing economic opportunities for group members.    “One way of doing that is if each group transforms at least one of their shacks into its flagship multipurpose facility that has a logo store, that enables them to share a wide range of cultural products, particularly those created by Junkanoos.

“Secondly, to have a demonstration or performance space, where they can show whether it is to school children, Bahamians, tourists belling, blowing whistles, choreographed dance, and a wide range of other things.”

The multipurpose space, he continued, could also be utilized as an area where costumes are built.

“So we will play a role in working with Junkanoo leaders to help in the acquisition of the land, secondly, contributing to the designs of the multipurpose facilities, as well as contributing financially to the construction costs.”

“It is an honour to serve in this capacity, simply because I believe that the creative industries hold a huge potential to transform the economy of The Bahamas and to add to our GDP.

“Across the world, the creative industries is clearly demonstrating that it is the fastest growing segment of most major economies. The Bahamas, has unfortunately, lagged behind despite the tremendous talent we have in our country.”

It is the government’s intention, continued the Minister, to utilize the creative industries: as a tool for national development; and as a means of generating income and employment.

In Grand Bahama, the Advisory Council will be co-chaired by Mark Gardiner and Kevin Russell who were described by the Minister as individuals who will bring “tremendous leadership.”