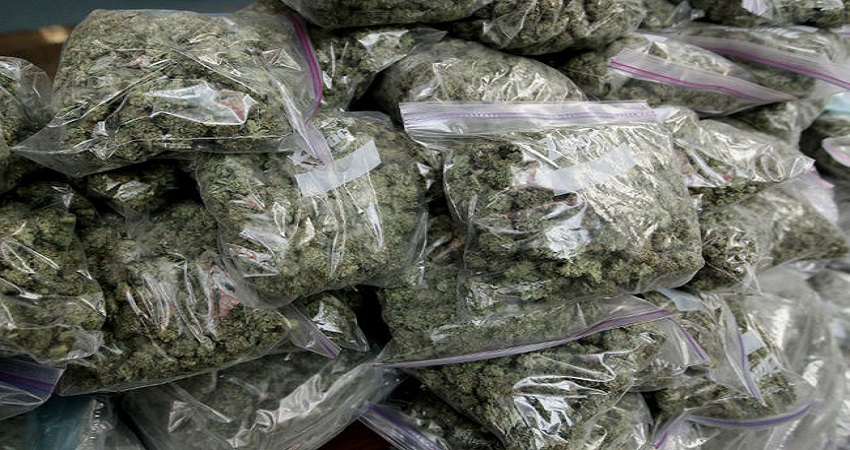 #Bahamas, August 23, 2017 – Nassau – A big batch of #marijuana was taken off of the streets of Nassau overnight as Police announced a haul of 40 pounds of the illicit drug.   It was swift action that led to a snappy arrest of two men who are also reportedly behind an armed robbery.

Shortly before 7pm Tuesday, Police got the call of a man being held up at a business near the LPIA, by two men armed with a handgun.    The men got away in a Nissan Cube with a  large amount of cash, they thought.    An immediate APB helped the Selective Enforcement Team to intercept the car on Emerald Coast Road, near Gladstone Road.

The two men were taken, without incident and also found in the car was the 40lbs of marijuana.