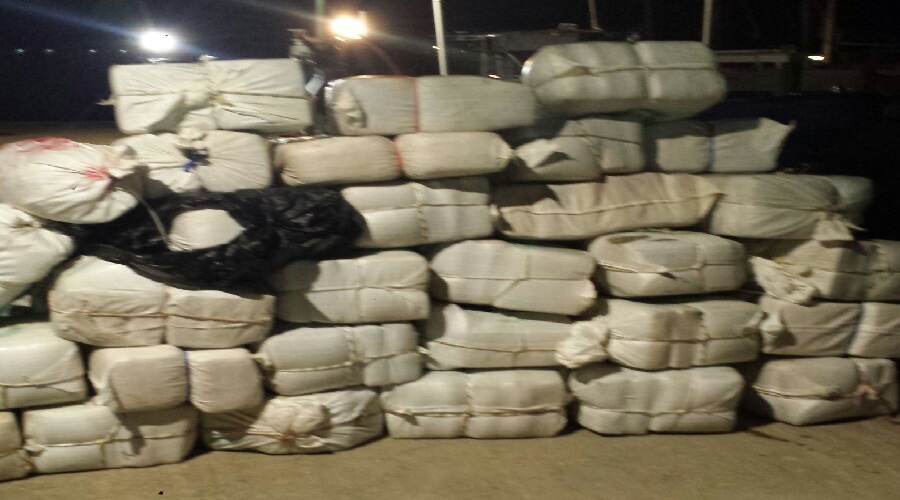 #Bahamas, August 28, 2017 – Exuma – Millions of dollars in #marijuana were seized on Saturday in Williams Town, #Exuma and two Bahamian men are arrested but police say their arrests are just the beginning in this major investigation.    It was obviously a huge haul, as the go fast boat seized in the bust was brought into Nassau and the 30 bales of marijuana were off loaded by the Drug Enforcement Unit of the Royal Bahamas Police Force.

There were lots of hands on deck and Head of DEU, Samuel Butler explained that indeed it was, that the marijuana had a street value of $3.2m.