#Bahamas, August 25, 2017 – Nassau – A new constitution may be coming for the Official Opposition party, #PLP as its leader announced that he will appoint a consultation reform committee to review the document.   Phillip Davis took on leadership of the Progressive Liberal Party with the resignation of Perry Christie shortly after the dismal returns for them from the May 2017 General Elections. 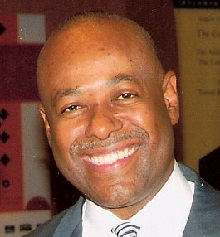 Davis, who had during Christie’s time expressed an interest in leading the party said the constitution needs to be checked for its relevance in a modern Bahamas.    The reform committee will be appointed, said Hon Davis at the next PLP convention which is October 22-25. Philip Davis will run for leader of the party, no others have come forward so far.

Obie Wilchcombe, the former Tourism Minister has expressed an interest in being Party Chairman; Damian Gomez is also interested in that position but has not confirmed a bid.