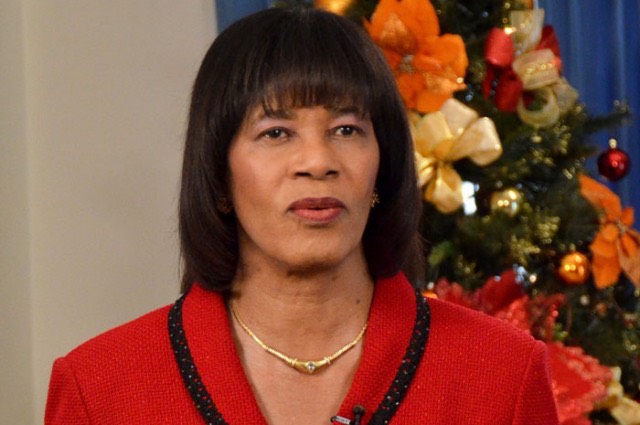 In her final speech to the House of Representatives, before walking out the doors of the chamber for the last time clutching a bouquet of flowers handed to her by successor as Leader of the Opposition Dr Peter Phillips, Simpson Miller described the Parliament as the “bedrock” of Jamaica’s stable democracy and urged her colleagues in Parliament to do whatever is in the best interest of Jamaicans.

“This parliament is the bedrock of our stable democracy and our free society. It must celebrate the best of Jamaica. It must project what makes us a great people,” she told the House.

She thanked the colleagues, some of whom paid tribute to her for over 35 years in Parliament and a pioneer for female political leaders in the Caribbean.
Among those paying tributes to her were Prime Minister Andrew Holness, who attributed to her a “truly phenomenal career”. Holness noted that Simpson Miller was not only the seventh woman to be elected to the House of Representatives, but was Jamaica’s first, and only, female prime minister.

“This was no ordinary feat, and you are no ordinary woman,” the Prime Minister said. He also applauded Simpson Miller for being the voice that kept successive governments focused on policies and programmes beneficial to poor Jamaicans.

Simpson Miller will officially hand in her letter of resignation today, June 28, followed by Hon. Omar Davies on June 29.