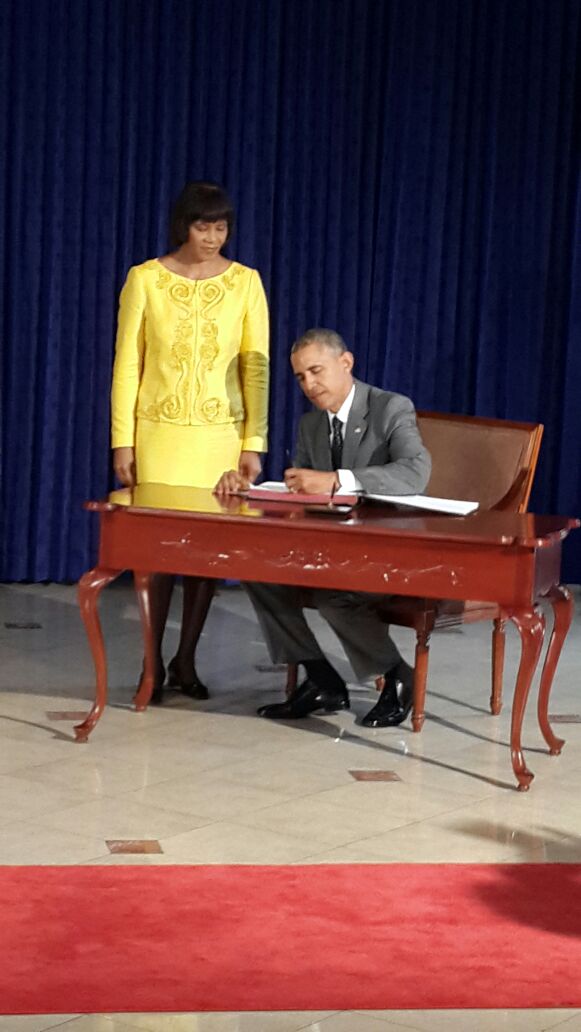 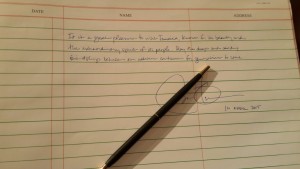 Providenciales, 09 Apr 2015 – Quite a day for Jamaicans as the most popular world leader is in country, gushing about the Jamaican hospitality and turning a serious face toward the issues of electricity, national debt of CARICOM countries, youth development and opportunities and security.

“Wonderful hospitality, we very, very much appreciate that. I assure you that Michelle wishes she was on this trip and so we will have to return with the girls sometime in the future, (applause) she would also applaud for that. As Madame Prime Minister indicated, we had a lot to talk about. First and foremost we discussed how much we support the ongoing reform efforts in Jamaica to deal with its public debt while still making investments in youth and the people of Jamaica which ultimately will determine long term growth to strengthen good governance and rule of law.”

US President Barack Obama last night landed at the Norman Manley Intl Airport, was whisked by helicopter to a tour of the Bob Marley museum, which he called one of his most enjoyable experiences since becoming president; adding that he has been a fan of the man and his music which speaks to the spirit of Jamaica. CARICOM leaders numbered fourteen; according to a JIS source close to Magnetic Media and a meeting with those leaders at the UWI immediately followed a press conference which was held at Jamaica House. President Obama, escorted by Hon Portia Simpson Miller, Prime Minister of Jamaica had earlier on signed and commented in the Official Diplomatic and Courtesy books; funniest thing, Obama added April 10, 2015 – which is the wrong date. It has become a source of fun for the regional media. Just moments ago, a White House town hall meeting wrapped up. It was held at the University of the West Indies and among the students selected to attend and selected to ask a question of President Obama was a female Turks and Caicos Islander studying at UWI. The question focused on the financial services sector and its increased stringency; President Obama gave a comprehensive response and cited Singapore as a good model for the Caribbean when it comes to being more diverse and competitive. The president has had a full day, but shortly will leave Kingston en route to Panama City, Panama for the Seventh Summit of the Americas where for the first time Cuba, a Communist regime, will be in attendance.