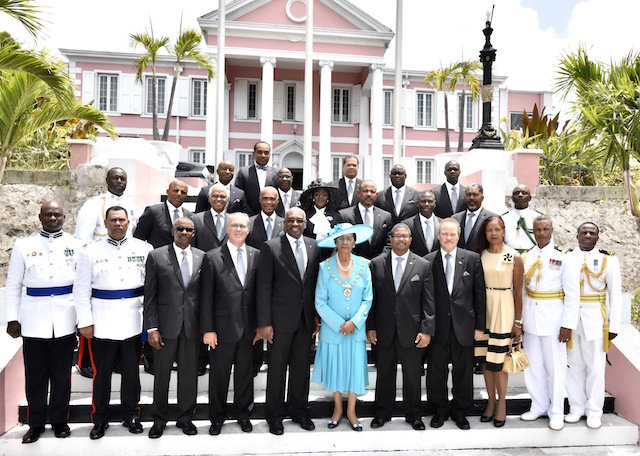 Nassau, Bahamas May 24, 2017 While newly appointed senators and other government officials were guided by spirituality and solemnity during the Opening of Parliament today, members of the public were jubilant. As Governor General Dame Marguerite Pindling read the Speech from the Throne outlining the policies of the newly elected Free National Movement (FNM), many in the audience cheered and applauded. While Prime Minister Hubert Minnis and others made their way to the ceremony, there was much hand-shaking and happy interaction with supporters.

The message from the FNM was one of serious change as many new initiatives were proposed. The message was also a spiritual one as the church was called to play a meaningful role in government and in helping young people.

Seriousness and spirituality were also emphasized in the remarks of Nassau Village MP Halson Moultrie, who was elected Speaker of the House. Moultrie called for punctuality, respect of office and took time out to give special recognition to those members of parliament who are ordained. He reminded the government of the  spiritual values in the constitution and asked that they be courteous to each other during debating.