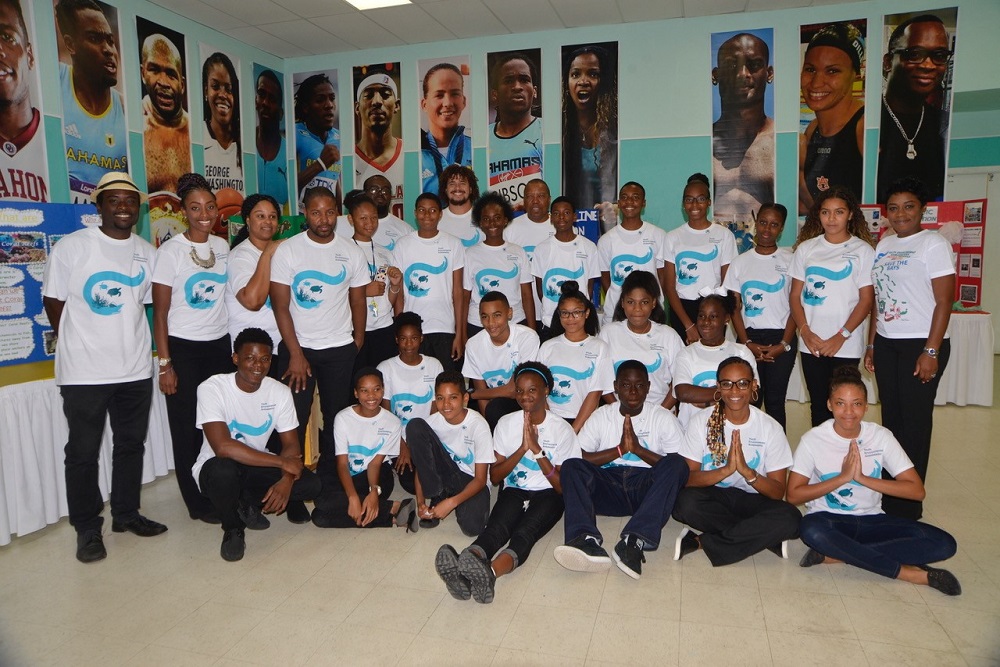 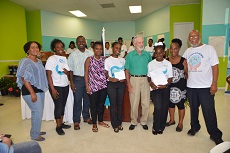 Bahamas, May 19, 2017 – Grand Bahama – Zhyir Miranda, 12, knew even as a youngster that littering was wrong. But it wasn’t until she signed up for Youth Environmental Ambassadors and saw the damage it could do to marine life that she fully understood littering wasn’t just ugly – it was dangerous.

“Littering does not just look bad, littering can kill the turtles in the sea. It can kill the animals that live in the mangroves and depend on mangroves for their survival especially when they are young,” said the 12-year-old who rattled off characteristics of red, black and white mangroves as if she were reciting words of a favourite rap tune.

On Saturday, Zhyir was pinned for her passion, rewarded for her enthusiasm.  The Mary Star of the Sea Catholic Academy seventh grader became one of 24 young Bahamians certified as Youth Environmental Ambassadors (YEA), a program sponsored and operated by the environmental advocacy organization Save The Bays.

For the past four months, junior high students like Zhyir spent every second Saturday trekking through bush, cleaning beaches, learning about wetlands, studying the impact of plastic on oxygen supply of salt or fresh water marine life.    All activities, both in the classroom at the YMCA in Freeport and in the field, were geared toward making participants future leaders in environmental stewardship.

“This was the fourth year Save the Bays has offered Youth Environmental Ambassadors to youth in Grand Bahama,” said Rashema Ingraham who oversees the popular program that normally draws twice as many applicants as there is space to accommodate.   More than 200 have graduated. The last 4-month session, Ingraham said, differed from former versions of the program.

“In the past, we spent a lot of time visiting sites, learning about how industrial waste is managed, for instance, or power generated or what it takes to produce solar energy. But this time we focused on research which we shared with organisations abroad.   The work that participants did was very important.   They gathered data about shoreline erosion, indigeneous vegetation and wetlands. Some of the work involved fine detail.   There were sections of beach, for instance, that when we did a beach clean-up, we separated the trash and garbage to identify how much plastic or glass or metal or other debris we found.   The most discouraging part was that the majority of the debris we collected had not floated ashore from passing ships.   Based on bottles and labels of products, most of the litter we found was the result of local activity reflecting environmental neglect and disrespect.”

Littering still hurts Zhyir, but now she is more likely to speak up when she sees someone toss something from a car window, even if the offender is much older or bigger. 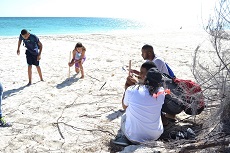 “It is bad for the ocean and it kills things in the sea. It kills turtles. When I joined Save The Bays (YEA), I learned a lot more about our environment and I learned that there are 80 species of mangroves.   I learned so much and now I want to stand up for the environment.   Did you know that viviparis, they’re like plants that give birth to live plants, grow up in salt water and breathe oxygen from above the water? I found that cool.”

Finishing in the top three of the class, Zhyir said the course that included leadership and teamwork played out through team drumming exercises, helped reaffirm her passion to care for pets as a veterinarian.

The YEA program is part of Save The Bays education mandate. The organization has also led the demand for a strong Freedom of Information Act, transparency in government, an end to unregulated development and more. Its strong legal arm has experienced courtroom victories leading to greater sensitivity to environmental impact. More than 20,000 have liked STB Facebook page and its petition to the Prime Minister of The Bahamas calling for a comprehensive environmental protection act among other changes has nearly 7,000 signatures.

Press Release: Save the Bays