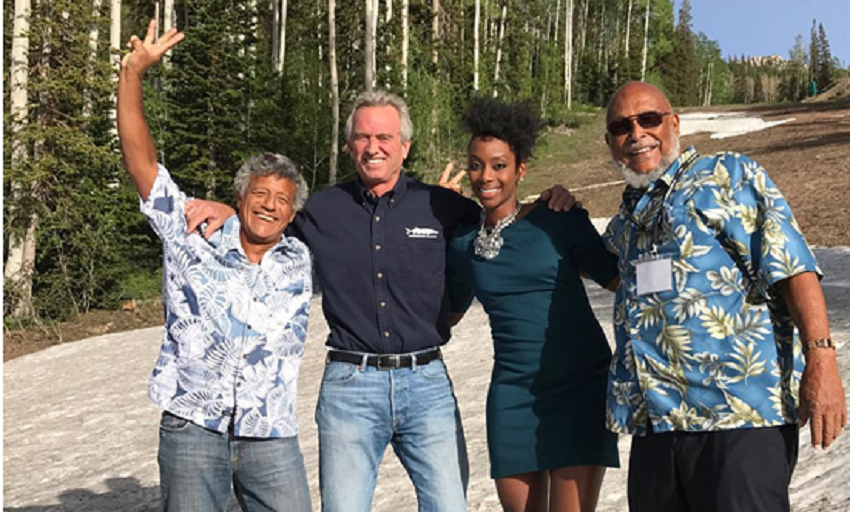 United States, June 27, 2017 – Utah – More than 300 environmental rights advocates, environmental organisations trustees, supporters and volunteers who monitor the world’s waters gathered for the 2017 Waterkeepers Alliance conference in Park City, Utah, earlier this month but it was one of the smallest countries of all that took centre stage – The Bahamas.

“We were completely surprised that so much of the spotlight was on The Bahamas,” said Joe Darville, chairman of Save The Bays. “There were so many countries represented — Australia, the U.S., Mexico, Asian nations like China and Bhutan and African nations like Senegal but the spotlight really shone on The Bahamas. I think it was because of the fragile nature of our coral reefs, the beauty of our waters and the very energetic legal battles we have launched in recent years to protect this rare gift from Mother Nature.”

In fact, no other country was invited to make two presentations, only The Bahamas. The messages delivered were very different.

Waterkeepers Bahamas Executive Director Rashema Ingraham spoke of engaging diverse communities to create awareness about the importance of the environment.

“Whether you are raising awareness with schoolchildren, bank presidents, the well-to-do or the person scraping to get by you need to make the environment real – that wetlands are not swamp to be trampled, they are the nurseries that serve as infant habitats for the fish you will catch and eat later. If they are gone, the fish will be, too. We are always about how the health of our waters and our wetlands impacts you in a very real way today and how what you do today  determines what you will leave for the Bahamians of tomorrow,” said Ingraham.

Clifton-Western Bays Waterkeeper Fred Smith, QC, revealed the challenges of trying to protect the environment, fighting case after case for environmental rights in the face of a government that made secret deals for large developments without public consultation. Such projects, said Smith, disrupt life as it was known in a local community and may displace populations. They interrupt nature, paying no attention to what has allowed that community to survive for hundreds, if not thousands of years, and many of the projects outright destroy vast acres of precious natural resources, including coral reefs that protect many of the islands of The Bahamas from storm surge.

Waterkeepers Alliance grew out of an effort to restore the Hudson River in New York with now chairman of the largely volunteer non-profit organisation Robert F. Kennedy, Jr., a professor of Environmental Law at Pace University, leading the legal charge. The goal of Waterkeepers around the world is to monitor and find means to improve the local waters to make them swimmable, fishable and drinkable. In The Bahamas, monitoring is now underway on three island coastlines.

Kennedy, who also serves as Co-Director of the Pace Environmental Litigation Clinic and Chief Prosecuting Attorney for the Hudson Riverkeeper Fund and Senior Attorney for the Natural Resources Defense Council, praised The Bahamas, Save The Bays and Waterkeepers Bahamas highly.

“We are thrilled that the dedicated water and human rights guardians from The Bahamas’ Save the Bays and Waterkeeper Bahamas Frederick R.M. Smith, QC., Rashema Ingraham and Joseph Darville brought the spirit of the islands to Waterkeeper Alliance’s annual conference at Deer Valley. Thank you, Fred, for acknowledging our longtime partnership in pursuit of ocean conservation and environmental justice during your group presentation about issues in the Bahamas,” said Kennedy.

Press Release: Save the Bays