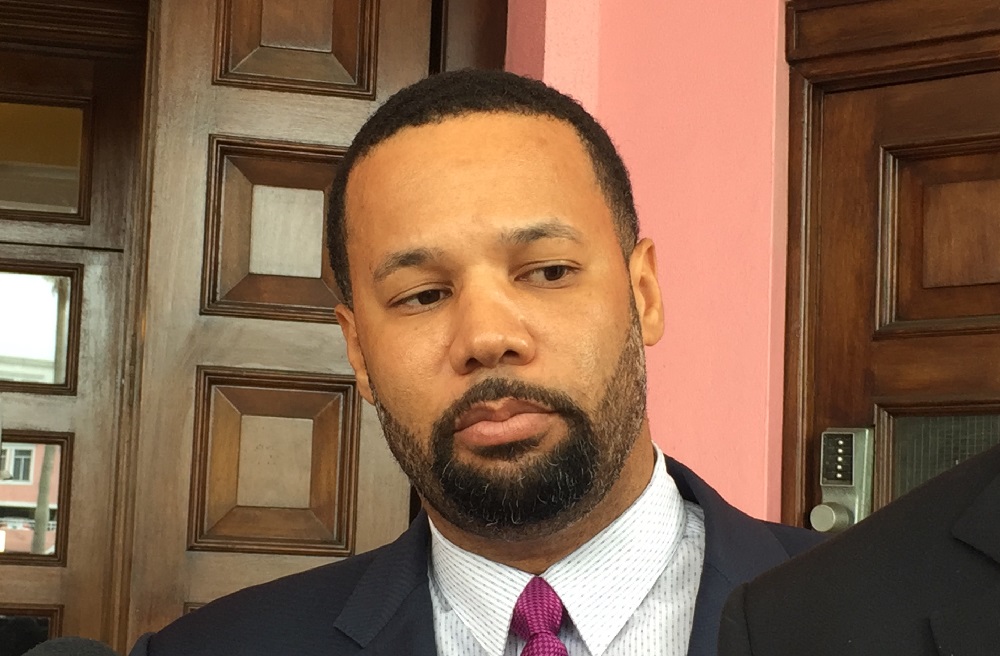 Bahamas, March 17, 2016 – Nassau – The man labeled a “political prostitute” is bowing out of the 2017 General Elections; Dr Andre Rollins says you will not find his name of any ballot and will therefore not re-offer for the Fort Charlotte Constituency.

Rollins made the stunning announcement in Parliament yesterday.   He said his candidacy and service as a member of parliament has never been about politics, adding that he has never forgotten his moral compass and explained that the status quo is not working.   Rollins resigned the Progressive Liberal Party, PLP in 2015; Rollins four months later in that same year joined the Free National Movement, FNM.

In December 2016, Rollins was a part of a rebel group which claimed no confidence in current FNM Leader, Hubert Minnis and had him removed as leader of Government business in the House of assembly.   In February, Rollins was asking the FNM to reconsider him and to have him back within the fold but the roll out of the 39 candidates of the FNM without the outspoken, Dr. Andre Rollins solidified his fate with the Free National Movement this election period as a standard bearer of that party.   Now the Fort Charlotte member says, he is not running this coming election.

Rollins said:  “I wish to thank the people of Fort Charlotte, its foot soldiers and yes the honourable member for Centerville, for giving me the opportunity.  But I hope you understand that all I have done to hold you accountable, has been to promote a better country…”   Rollins said he remains a member of the FNM.