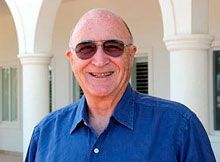 Providenciales, 25 Jan 2016 – More shocking details were revealed when Andrew Mitchell continued his opening statement at court last week in the case against Michael Misick and others, who are for the most part former government ministers.

Much of the opening statement earlier in the day focused on what was either done to assist the requests of VaretJakCivre or what was done by Civre in the way of alleged pay outs to support those requests as it related to the Seven Stars resort development.

Hundreds of thousands of dollars passed through a variety of accounts, including some in the Turks and Caicos and in Florida. Former Deputy Premier and Finance Minister Floyd Hall, his wife Lisa and other relatives and friends are named as getting payments from Civre directly to their own bank accounts.

Some of the money also allegedly went to the PNP, to places like Royal Jewels, Belize Bank and Prestigious Properties and even to pay boarding school fees.

Significant discounts on work permits for Chinese workers, sharing out of flat screen TVs and a request for seven stars to go to 10-storeys; that request however was withdrawn. Saunders & Co was named as an attorney firm and Mitchell explained it was in these series of transactions that a case was built against Lisa Hall.

I quote: “The Washington Mutual account relates to Count 15 against Lisa Hall alone, in which she is alleged to have converted or transferred the proceeds of criminal conduct. The Crown’s case is that the account was opened for the purpose of hiding monies from her employer because she recognised they were being received for an illicit purpose.”

Lisa Hall had worked for JakCivre.