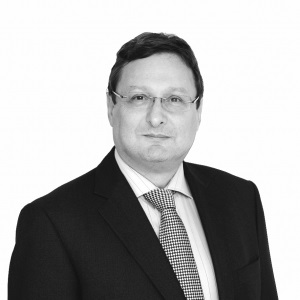 Providenciales, 10 Dec 2015 – Some of those shocking details about the alleged financial mis-dealings of the former PNP Administration made up the meat of the presentation earlier today by Andrew Mitchell, QC and lead prosecutor for the Helen Garlick side of the SIPT cases.

Mitchell was aiming to explain why the one charge used to get Michael Misick, the former Premier, extradited from Brazil mushroomed to many, many more charges.

Mitchell spent a lot of time lathering up the Justice on information which emerged in the 2009 Commission of Inquiry where it was said and alleged that Michael Misick, as Progressive National Party Leader and Floyd Hall, as his deputy allegedly accepted bribes and absorbed tens of thousands of dollars from investors into the PNP’s accounts and then into their personal pockets.

Mitchell said those facts made up the basis of the extradition order and Brazil’s only stipulation was that, Misick, if convicted would get a maximum of 20 years and not have to face an infinite length of time in prison as TCI law currently dictates.

At least one member of the Progressive National Party, namely Royal Robinson, took grave exception to the litany of details from Mitchell, saying they were both irrelevant to the issue brought by Ralph Thorne, QC for Mike Misick, and unfounded.

Nonetheless, Mitchell was expected to continue along the same lines for the later session of court today. Thorne’s specialty argument says it is unethical and goes against standard, expected practice for a person to be extradited on one offense, only to later have added charges tacked on.

Mitchell will try to convince ‘judge and jury’, Justice Paul Harrison that the Turks and Caicos is not bound to that code because of its domestic laws.