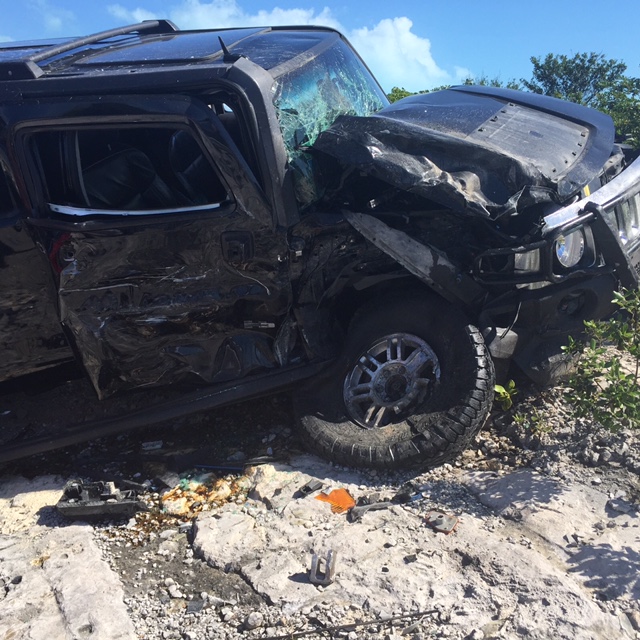 Police in a media report on the incident confirmed that it was around 1pm that the accident happened, reportedly near Sunshine Nursery. A blue Toyota Tacoma truck and a black Hummer jeep collided.

Magnetic Media was informed of the traffic accident and that it involved tourists; police do say that the occupants of the Hummer were taken to hospital.

It is the same of course for the driver of the Tahoma truck, but that man, believed to be in his 50s was said to have died at the scene.

The identity of the man, whose wife was reportedly out of country at the time of the fatal crash, is being withheld by Police. However, the ‘who’ in this matter is already widely circulated.

The occupants of the black Hummer did not receive any life threatening injuries.

Police give no indication as to what led to this traffic accident.