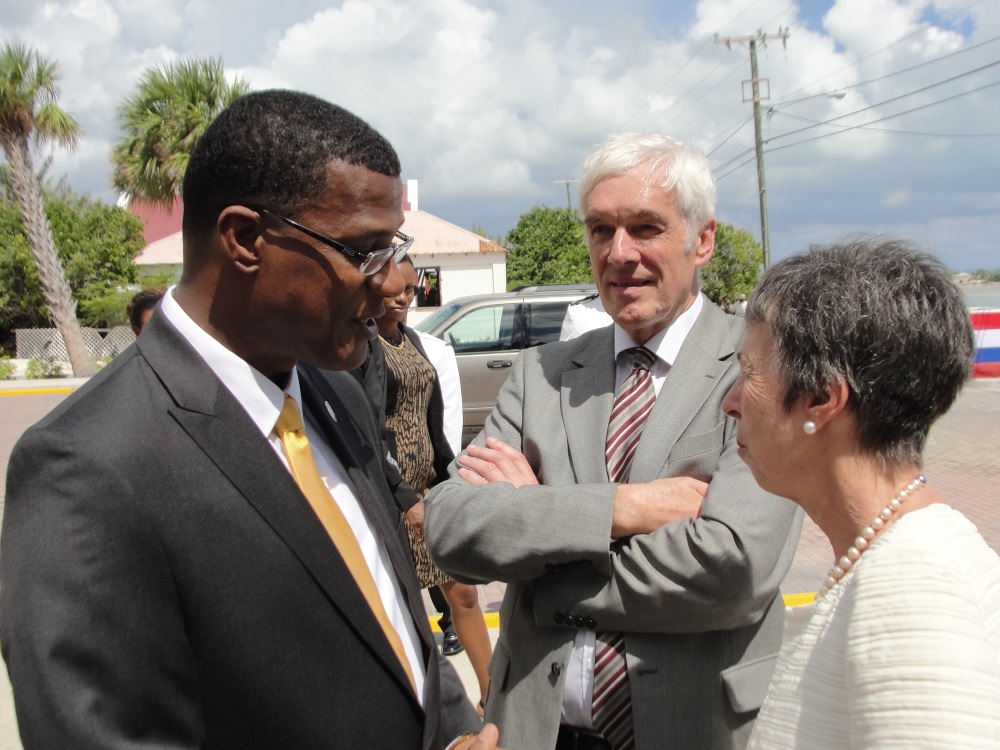 Providenciales, 04 Sept 2015 – The PNP Government says it wants the Governor to make it clear that the Turks and Caicos is a peaceful nation; the request comes on the heels of criticisms by some that the Chief Financial Officer and Governor Peter Beckingham have gone too far in the decision to override Cabinet’s rejection of an additional $2.2 million in spending on the Special Investigation and Prosecution Team.

The Governor defended the move to request more money by citing that it would not be good if something violent were to happen to Helen Garlick or any of her team; ‘credible threats’ have been claimed but no evidence has been supplied.

His Excellency compared the reputational impact on these islands to some of the most nefarious terrorism attacks; Premier Rufus Ewing is appalled by the comparison and said in a media statement Thursday: “I condemn this characterization by the Governor and demand his retraction and clarification of this outlandish and unwarranted statement.”

The British continue to say they will not pay for the investigation which has been moving at a snail’s pace in the view of many residents. Ewing chimed in that, “The SIPT has been operating in these islands for the last five years without incident, at the expense of the tax payers of this country, and they seem to be no further ahead than when they started but they certainly are richer.”