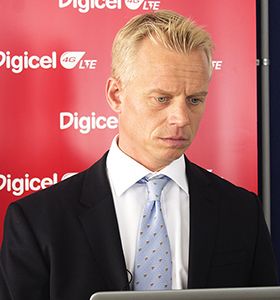 Providenciales, 03 Sept 2015 – It had been rumored since weekend that Erik Staaf was no longer the CEO of Digicel TCI; now in a media release the company confirms it.

“I would like to thank Erik for his contribution to Digicel and wish him all the best for the future,” said Alistair Beak, Regional CEO for Bermuda, Cayman and Turks & Caicos Islands.

Digicel’s Board of Directors has named Stephen Thompson, Chief Financial Officer, to serve as interim CEO.