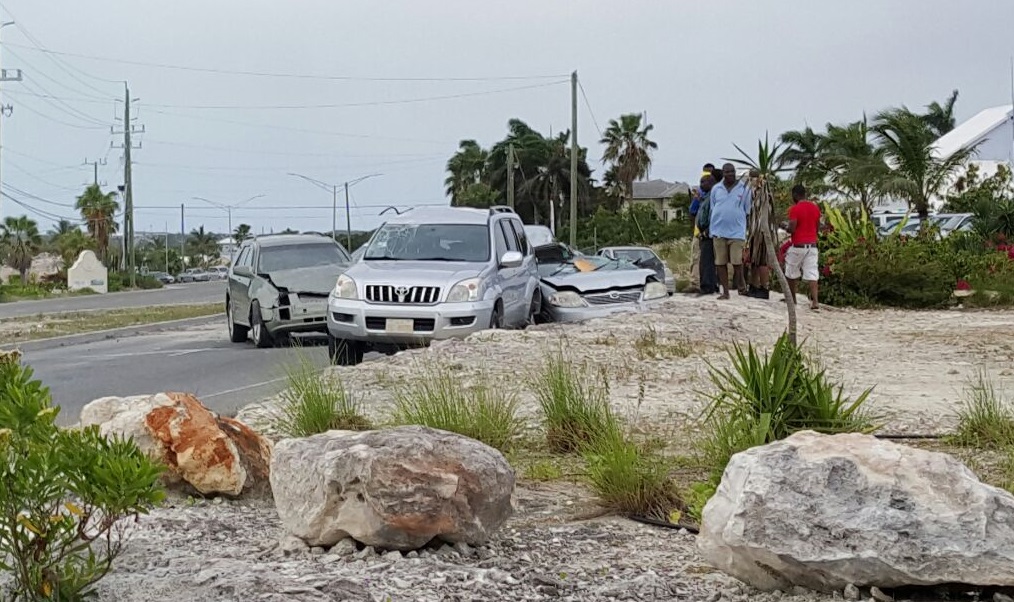 Providenciales, 01 Mar 2016 – There was another disconcerting smash up this morning; bumper to bumper traffic in the area of New Testament Church of God in Blue Hills with a multiple car collision.

The transportation issue made it to the House of Assembly this morning when during her two minute address, Opposition Leader, Hon Sharlene Robinson pointed to the problems of illegal jitneys.

Hon Robinson said, and I quote: “What alarms me Mr Speaker is that despite the number of times that I have raised in the Hon House the need for safe, legal public transport which is necessary and Mr Speaker even amidst the allegations of sexual assault and rape, this Government has ignored this issue. And now Mr Speaker over the weekend, a Police Officer used his social media account to create awareness of reports being made of persons blacking out in jitneys especially our women.”

These concerns are not new, Magnetic Media has been on the receiving end of many complaints over the years and more recently, during the Annual Law Enforcement Church Service, Bishop C Alexander Williams bemoaned the matter; calling for an end.

On Saturday, the TCI recorded its first traffic death; 32 year old Ricel Baptiste of Haiti died at hospital around 7:45pm. The Police report said he suffered serious head and neck injuries; the other three taken to Cheshire Hall Medical were being treated for non-life threatening injuries.