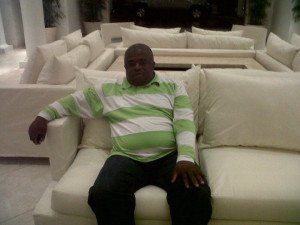 Providenciales, 14 Jul 2015 – Another beloved Turks and Caicos Islander thrusts residents into a state of new mourning when this afternoon news spread on the death of Sidney Stuart, a taxi driver and who became well known for as a riveting balladeer who could cause tears to flow no matter the occasion.

To many, he was simply ‘Heads,’ a bubbly, jovial taxi driver and former driver for the former Premier Michael Misick.

Scores gathered at the morgue in Provo upon hearing of Sidney’s passing; proof that he had become as beloved in Provo as he was in his other home, The Bahamas. Already his Facebook page is filling up with tributes. Stuart was a member of the Abundant Life Ministries International.

When Magnetic Media reached out to his family in Grand Bahama moments ago, we learned they are in a terrible state of shock as relatives not only have to come to grips with such the sudden and tremendous loss but to do so on the exact day his father, the late Edwin Stuart died, 12 years ago.

Sidney Stuart’s death is believed to be of natural causes. Reports are he was complaining of chest pains. That he missed a pick-up this morning of some guests. That he missed a lot of calls today. All uncharacteristic and it led to friends going in search of him… they found him, reportedly at his home in Kew Town, Providenciales unresponsive; he was pronounced dead on the scene by the emergency team which was called.

Sidney Kevin Stuart hails originally from Holmes Rock, Grand Bahama and is the sixth of eight siblings. Three young children he has; two daughters and a son.

While Sidney’s father is from The Bahamas; his mother is from the Turks and Caicos Islands.

Stuart, who had been living in the Turks and Caicos for some 12 to 13 years now, was just 45 years old.