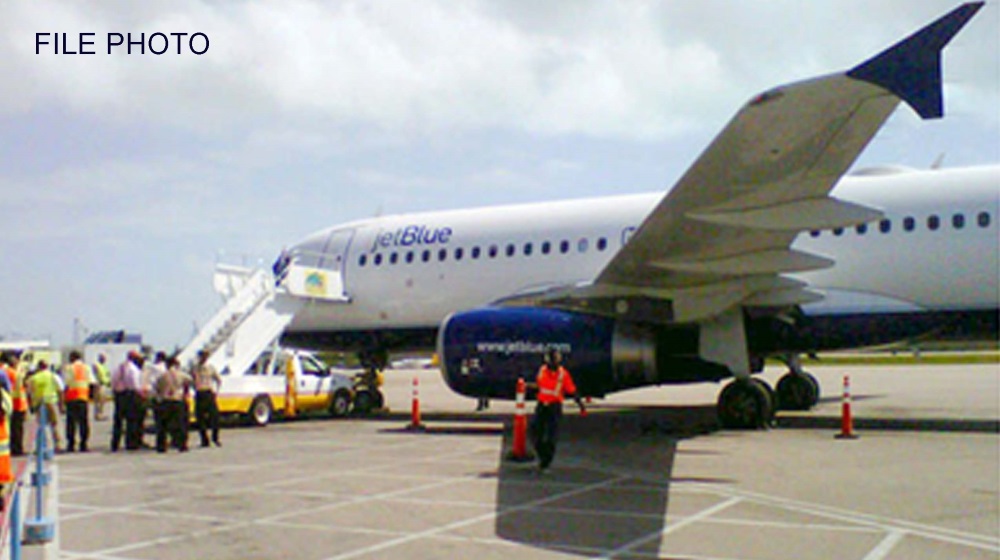 Providenciales, 09 Nov 2015 – The collapse of a female passenger onboard a JetBlue flight from New York to Santiago, Dominican Republic forced an emergency landing at the Providenciales International Airport around 1pm Sunday.

The woman, who remains unidentified at this hour, was pronounced dead at hospital. The woman reportedly collapsed on the flight and never regained consciousness.

One eyewitness said an ambulance rushed her from the airstrip to the Cheshire Hall Medical Center, but it was too late.

Police now have custody of the women’s body.