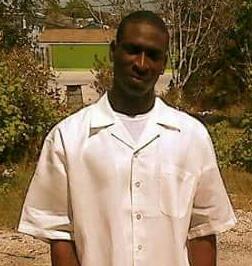 Providenciales, 17 Feb 2016 – Just over a week since it was announced that a team of special senior investigators are in the country to assist with major crime cases and just days after the nation was called to peace and to abandon lawlessness, the Turks and Caicos records its first murder for 2016.

A 24 year old man, identified late yesterday by Police as Brachard Walkin is revealed as shot in the head; launching a vigorous investigation into who is responsible for this homicide.

Walkin’s body was found in bushes in Kew Town, near the Walkin marine… a vacant area, where we are told, old vehicles are abandoned and dumped.

The father of two was left in this desolate area but discovered around 9:50am Tuesday; he was pronounced dead shortly after 10am.

Naturally, a post mortem will say exactly how Berchard died. Relatives were yesterday on the scene, crying, in shock and not yet ready to speak about the most horrible news a family can get about a loved one.

We asked press liaison officer, Kevin Clarke the role of the consultant investigators will play.

Police need help they say, as they explain their information has so far unearthed that Berchard Walkin was last seen in the vicinity of Morris Plaza driving a White Crown Victoria car.

If you saw Berchard, and believe you have any info which can assist in this murder probe, you are encouraged to call Crime Stoppers anonymously or the Chalk Sound Police station at 941-8067.