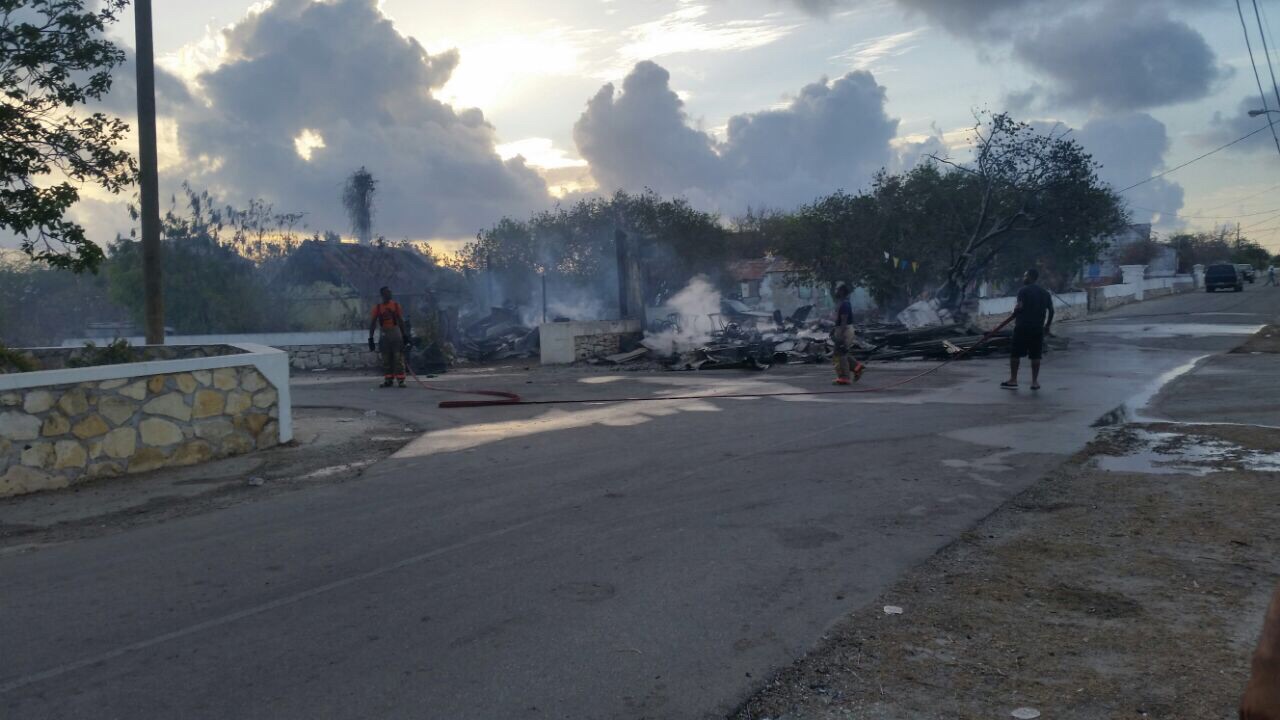 Providenciales, 05 Jul 2015 – Police suspect foul play in the fire which destroyed an iconic building in Trench Town, South Caicos which housed the Hide Away Bar and a residence.

A team of investigators are on the ground now inspecting and looking into the cause of the blaze which erupted around 4am this morning and completely destroyed the single story structure which one native said has been standing for well over 75 years.

The house and business are owned by Richard ‘Dickie’ Stubbs, the younger brother of Member of Parliament, Hon. Norman Saunders and son of primary school namesake, Iris Stubbs and police say they are looking at this as two separate fires.

The fire truck, stationed at the airport did respond but by the time the crew arrived both structures, according to the Police report issued today, were alight.

One report to Magnetic Media is that the fire is believed to have started in the restroom of the bar.

Magnetic Media is still looking into whether the structure is an official national landmark; one relative said the site in Trench Town used to house the very first law firm in South Caicos.