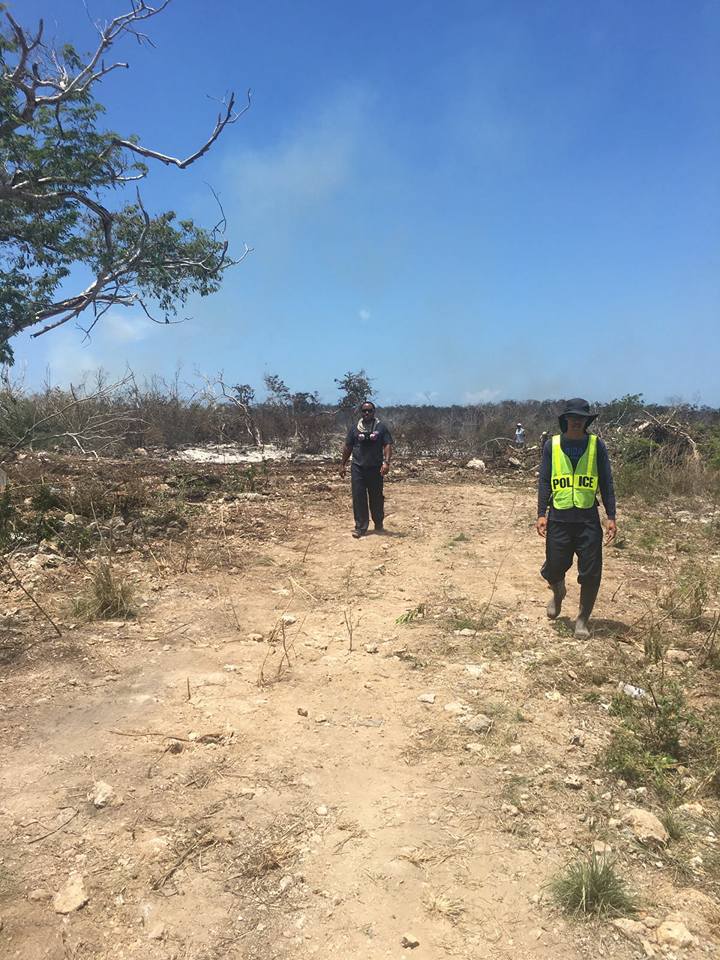 Royal Bahamas Police Force on the scene of the Long Island fire.
Long Island, Bahamas June 11, 2017 A massive fire that raged for three days threatening Long Island residents was finally extinguished yesterday.
The bush fire was first reported at noon last Thursday in Hamilton’s. Long Island does not have a fire truck and firefighters did not reach the island until Friday evening. Residents were the first to respond with the assistance of Water & Sewerage trucks and other persons with heavy equipment. The fire grew to nearly 150ft and was dangerously close to homes. 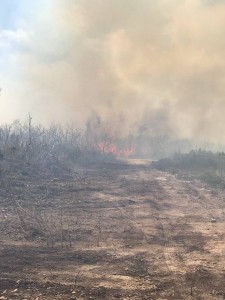 Yesterday, Long Island MP Adrian Gibson announced that the fire had been extinguished. According to Gibson, Royal Bahamas Police Force firemen are on the scene conducting investigations. Gibson has said he will lobby for a fire truck for the constituency.
#MagneticMediaNews
#LongIslandFire