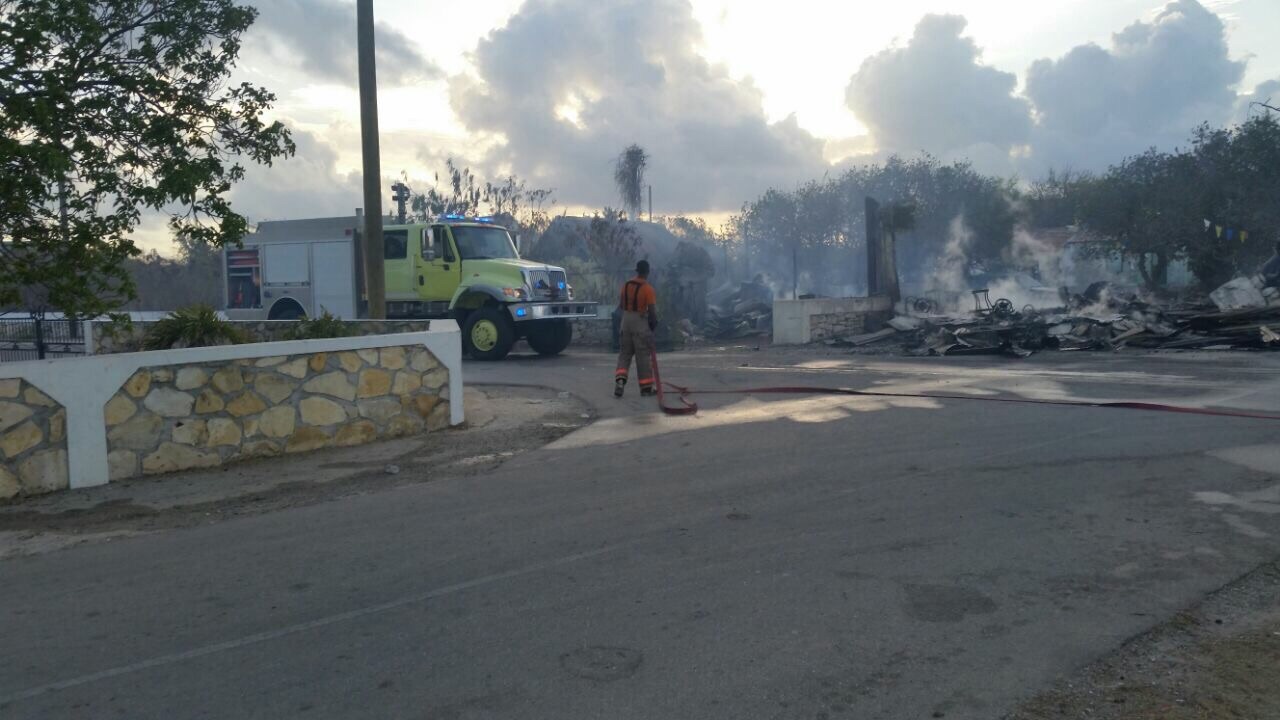 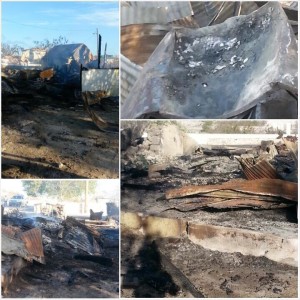 Providenciales, 08 Jul 2015 – South Caicos residents are still in shock over a fire which, around 2am this morning, ravaged the home and business of Dickie Stubbs in an area known as Trench Town.

No one was hurt in the blaze which is believed to have started in the bathroom of the family-owned bar; the bar is attached to the house and both are said to be wooden structures.

Police will issue a more detailed release today they say, but it is confirmed that by the time the fire truck arrived at the scene, it was too late.