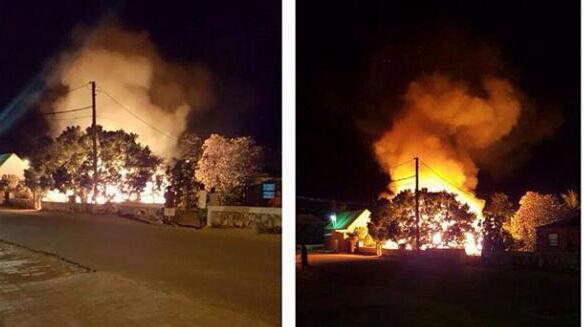 Providenciales, 12 Feb 2016 – Another early morning fire in the Capital has consumed a home in the ‘town’ area of Grand Turk; three Fridays after the HJ Robinson High blaze.

One of the older homes, said to be a wooden structure where decades of memories were burned to nothing.

Once again the Airport’s fire crew put out the blaze early this morning; they are now retuned to the airport.

The home, according to Hon Edwin Astwood is that of the grandmother of attorney Kwame Smith. Smith, recently spoke to the shortages in Grand Turk while here in Provo at the PDA rally on Wednesday.

No one is hurt, at least not physically.

Photos came to Magnetic Media from the general public.