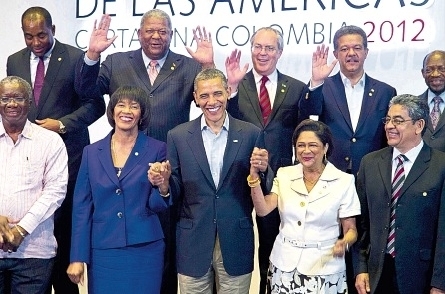 Providenciales, 18 Mar 2015 – OBAMA going to Jamaica for a few hours as apart of an official stop before joining western hemisphere leaders at the Summit of the Americas in Panama.

The news has Jamaicans hysterical with joy at the arrival of the Nobel Peace Prize and Grammy Award winning President, the first black man to hold that office in the US.

Arguably that fact is of particular significance to Jamaica, the third largest English speaking nation in the Americas and a country of predominantly black people.

CARICOM leaders will reportedly be present as guests of Hon Portia Simpson Miller and will journey from Jamaica to Panama at the end of President Barack Obama’s historic visit on April 9.

One Jamaican has already promised Mr Obama a Red Stripe during his visit.

The last US President to visit Jamaica was Ronald Regan in 1982.

Summit of the Americas is set for April 10-11 in Panama.