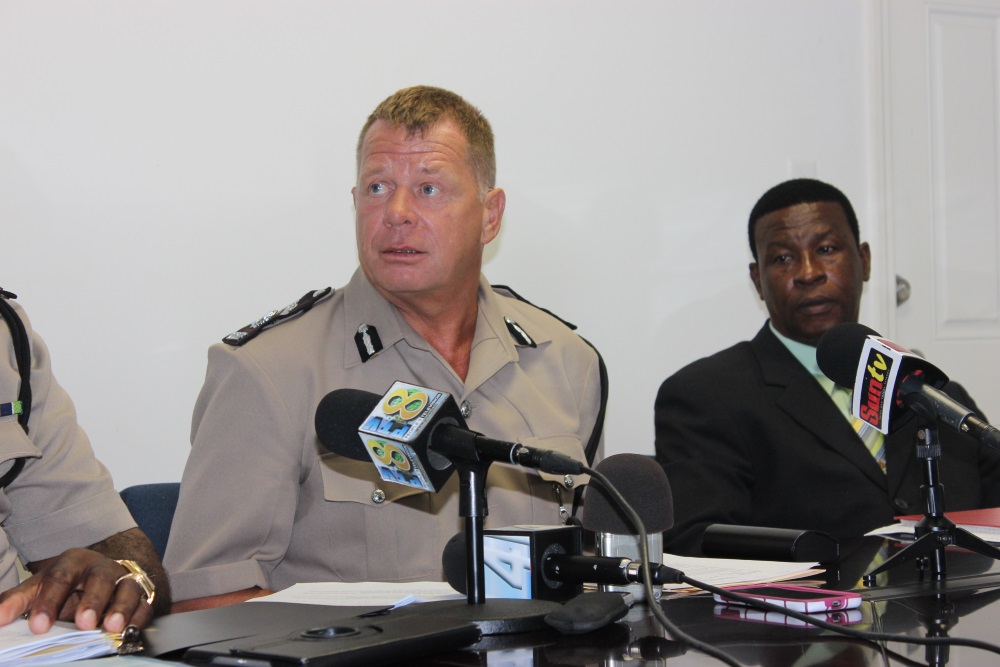 Providenciales, 18 Mar 2015 – The new Commissioner has written to the Deputy Governor already because the pay review has given some members of the Police Force a lower salary.

Four week Commish, James Smith said he needs his officers to feel love and cared for as a part of a good work environment and the review has slighted some.

Asked about the impact of the recently announced changes, Smith opened up about the apparent error and his action to seek fairness for police affected.

Premier Rufus Ewing said the review would not see all with an increase; but assured no one would see a reduction in their pay.

No word in how many officers are affected.