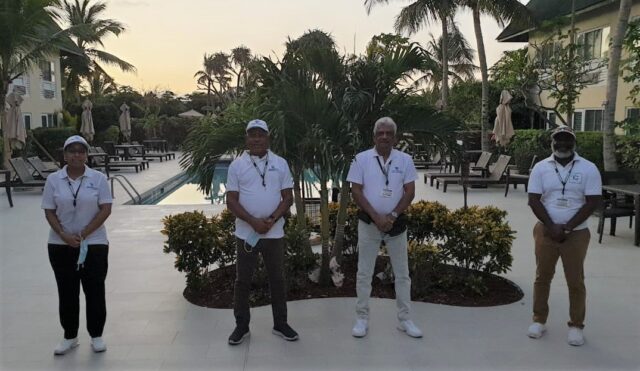 PRESS STATEMENT:  Pursuant to the request made on the 31 January 2021 by the Office of the Governor of the Turks and Caicos Islands for a CARICOM Elections Observation Mission (CEOM) to be deployed to observe and monitor the conduct of the General Elections scheduled to take place in the Turks and Caicos Islands on 19 February 2021, a three-member CEOM was deployed to observe the pre-, peri-, and immediately post-elections occurrences associated with its electoral processes.

Virtual meetings were held with a number of stakeholders to identify concerns for the general preparedness of the elections. In its preparation to observe activities on Election Day, the CEOM conducted a preliminary reconnaissance of the polling station locations in Providenciales, the island which had the majority of the polling station locations.

With regard to the opening of the polls, the members of the CEOM observed that the polls opened late, however, they closed later to ensure that the designated amount of time allotted to the voters to exercise their franchise was strictly adhered to.

With regard to voting, despite some variations in process across the polling stations visited, the process was relatively smooth and efficient. In general, the polling clerks explained the voting process in detail, and first-time voters were oriented appropriately.

There were no incidents of intimidation of voters inside or outside of the polling stations.

It was felt that more measures could have been taken to have poll workers prepared to handle elderly and differently- abled voters, particularly as these voters were encouraged to visit the polling stations to vote at a specific time on election day.

The CEOM highly commends the measures taken by the Elections Department of the Turks and Caicos Islands for implementing, in its view, extensive public health protocols which were well executed to ensure the safety of both voters and election day workers, with due consideration for the COVID-19 pandemic. Voters and election day workers observed the protocols which included social distancing, the wearing of masks and regular sanitisation of polling stations throughout the course of the day. Polling stations visited were spacious and well-ventilated at all times.

The efficiency of the vote was not greatly impeded by the COVID-19 health protocols implemented.

The peacefulness of the elections that transpired on 19 February 2021 reflected the tranquility of the society of the Turks and Caicos Islands.