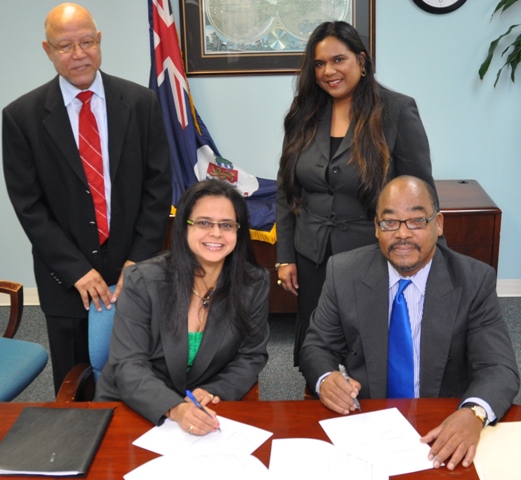 Providenciales, 17 Feb 2015 – A review of the Financial Services Commission reveals it needs to improve some staff salaries, get a deputy managing director and perhaps increase the amount paid to board members. The FSC, with its 68 employees is already with the highest salaries paid by TCIG, the Managing director position often under fire as Kevin Higgins (pictured bottom right) is earning even more than the Premier and Governor of the country. Nonetheless, a UK sanctioned review says some salaries are too low and that if the country can bear it, the Board of Directors should get more than the current $2,000 per meeting.

Steve Johnson, a former UK Treasury Official was hired by the Governor’s office for the work and also says there might be too much autonomy for the FSC; his words: The FSC has rightly jealously guarded its independence, but the FSC’s approach may, on occasions, have over-compensated for potential risks to the integrity of any regulator.” With that integrity being potentially compromised, Johnson, recommends a greater frequency of meetings of the FSC with the Minister of Finance and the Governor; both have oversight of the Commission. It is also recommended that the FSC should have a more detailed regulatory outline online and confirms that the FSCs current fees are comparable, not inflated.