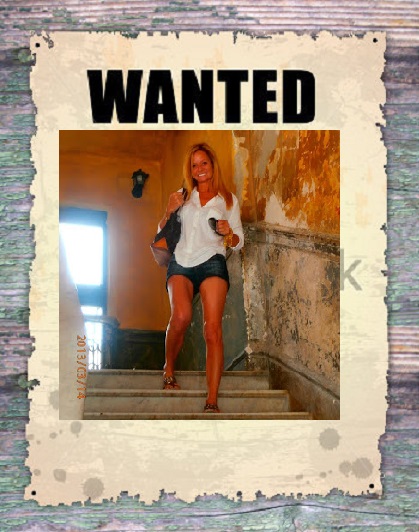 Providenciales, 17 Nov 2015 – A woman accused of defrauding authorities in the Cayman Islands is now at large and an online article says that some of the money, allegedly from a trading scam may have been funneled to the Turks and Caicos Islands.

Sharon Lexa Lamb is an executive of the company, Gang of Four, who is said to have gone missing after a law suit was filed in Grand Cayman courts on November 5, 2015. She and her partner Ryan Bateman are said to have stolen the vast majority of the $450 million – $500 million which is said to be missing and owed to the victims, who are American & Canadian retirees and pensioners.

Cayman Immigration has no record of Lamb’s departure from the UK overseas territory and the report in Caribbean News Now explains Sharon Lamb had gone into hiding.

Lamb had reportedly acted as if she would cooperate with the investigation, but now she has fled that country to parts unknown but Cuba is being suggested. The Turks and Caicos is mentioned a couple of times in the news report, I quote now: “suspected of having moved smuggled cash and stocks that the Gang of Four had misappropriated from their victims, to the Turks and Caicos Islands (TCI) or Cuba. Accounts in the TCI were used by B & C Capital Ltd as a part of the fraudsters $450 million trading scam…” The article says Lamb may have married a co-conspirator, who is a citizen of Cuba to evade capture.

Managing Director of the TCI Financial Services Commission, Kevin Higgins told MM that is unaware of the case, saying there have been no complaints to their office. Up to news production time, we were unable to reach the Police Financial Crimes Unit to find out if there was a complaint lodged there.