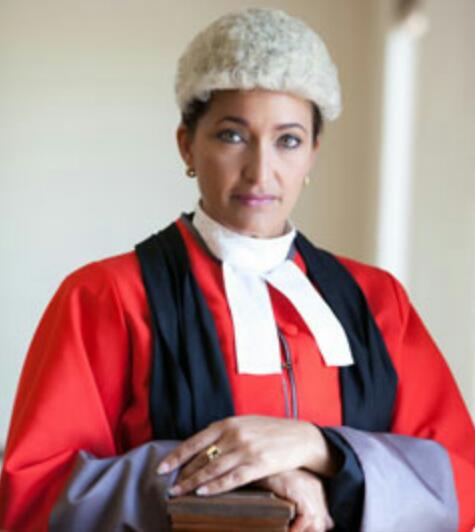 Providenciales, 06 Jan 2015 – The Legal Year is officially opened in the Turks and Caicos with the newly appointed Chief Justice, bringing new flavor to the process. CJ Margaret Ramsay Hale saluted the tenure of Edwin Goldsborough, the former chief Justice as she performed the full duties of starting a new legal year for the country with a reintroduction of traditional inspection of the guard; motion to open by the Attorney General; statement from the Director of Public Prosecution’s Office, remarks by the TCI Bar Council and Queen’s Council attorneys and her own comments as head of the judiciary.

And what a riveting legal year it promises to be; in January alone there will be hallmark cases including the ones involving the former Premier and his then Cabinet Ministers; the case against the now suspended Permanent Secretary of Finance and the decision involving indigenous insurance company British Atlantic Financial Services Ltd. On hand for that opening were country leader Premier Rufus Ewing; Finance Minister Washington Misick; Opposition Leader, Sharlene Robinson; Opposition Members: Delroy Williams and Clarence Selver with Acting Deputy Commissioner of Police, Rodney Adams. Sitting within the legal fraternity at the Myrtle Rigby Courtroom were Deputy Premier, Akierra Missick and Border Control Minister, Donhue Gardiner.