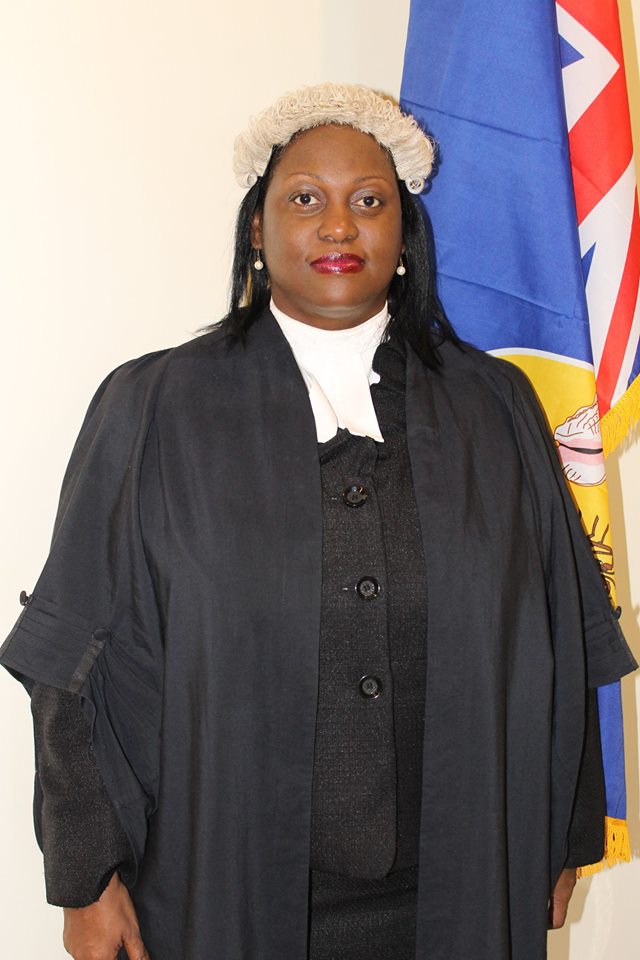 My Lady Chief Justice, Judges of the Supreme Court, distinguished guests, President of the Bar Council and Colleagues at the Bar, Ladies and Gentlemen.
I am pleased to rise to move a motion for the opening of the Supreme Court for the 2015 session after a long abeyance in this practice. On this ceremonial occasion, it is perhaps timely to recall the origins of this event in the Middle Ages in the United Kingdom. For the legal fraternity, this traditional gathering commemorates the principles of defending access to justice and the rule of law. I commend My Lady Chief Justice for reintroducing the practice as such events “… reminds all of those actively involved within the legal system of the need to uphold these principles internationally, as well as at home, for the benefit of society.”
With your Ladyship’s leave I propose in moving the motion, to make a few observations by way of a brief retrospective on 2014 as well as a look at some of the work before us.
2014 can only be described as another daunting year for the legal profession in the Turks and Caicos Islands. A year in which there was more than the usual share of challenges. Fortunately we were more than able to rise to each challenge and to dispassionately and calmly meet matters head on.
My Ladies, 2014 was characterized by continued good work, co-operation and endeavour in a number of areas by stakeholders in the legal arena and significant further progress towards systemic improvements.
Access to Law – Work is almost completed on the current Law Revision which has a revision date of 31st December 2014 and is intended to be issued before the end of the first quarter of 2015. In this regard, the question of greater access to the laws of the Turks and Caicos Islands is being explored to provide a solution that would allow more ready access through the use of modern technology whilst at the same time maintain the integrity of the authorized versions of the Law which would be used in the Court room setting.
Legislation – I am pleased to report in a bid to give effect to the Government’s Legislative Agenda, that the Legislative Drafting division had another very active year and with the cooperation and involvement of members of the legal profession, associations and the general public a number of important pieces of legislation were progressed. We are grateful for the assistance of all those who participated in the consultation process with respect to the very many pieces of legislation which were considered throughout the year, including legislation dealing with the better regulation of Not For Profit organizations.
The hardworking staff of the Legislative Drafting division consists of three drafters and one legislative systems administrator with a vacancy in one of the drafting positions. That small team produced 24 Ordinances and some 50 pieces of subsidiary legislation.
Of note:
1. The Abolition of Bearer Shares which was done by a December 2013 Ordinance which took effect in the first half of 2014.
2. Prevention of Terrorism Ordinance 2014 which provides for the implementation of the United Nations Convention respecting the suppression of the financing of terrorism and the United Nations Security Council resolution on terrorism and generally to make provision for preventing and combating terrorism. The Ordinance is modelled after the UK Terrorism Act 2000 and the Terrorism (Jersey) Law 2002.
3. Rehabilitation of Offenders Ordinance 2014 – provides for the rehabilitation of offenders who have not been reconvicted within the specified rehabilitation period. This is to ensure that people do not have lifelong blots on their records because of relatively minor offences in their past, which may impact negatively in such persons acquiring employment or other services. The intention of the Ordinance is to exclude any prejudice which may occur because of disclosures of person’s relatively minor past convictions or offences; and to aid the reintegration and resettlement of ex-offenders into employment by not requiring them or any other person to disclose or answer questions regarding their spent convictions.

4. Financial Intelligence Agency Ordinance 2014 – established an independent agency to assist in the detection, prevention and control of financial crimes; by receiving reports of suspicious transactions from financial institutions and other persons; analysing that information and disseminating it to law enforcement authorities and relevant bodies.

6. Dormant Accounts Ordinance 2014 – makes provision for financial institutions to report dormant accounts to the Permanent Secretary, Finance and to transfer monies in accounts that have not been used for more than 7 years, called “dormant accounts” to the Government, subject to claims for repayment by the owners of the dormant accounts. Prior to the enactment of that Ordinance, all inactive accounts were managed by banks. The Ordinance was based largely on the Cayman Islands Dormant Accounts Law 2010 but consideration was also given to the BVI Dormant Accounts Act 2011 and the Republic of Ireland Dormant Accounts Act 2001.
Additionally, a heavy legislative drafting programme is being prepared for the year 2015 in order to give effect to the Government’s Legislative Agenda.
Some of the proposals to be implemented by legislative measures include-
1. New Domestic Insurance provisions
2. Trust law reform
3. Immigration law reform
4. Important criminal law and procedure reforms
5. An Employment Bill to repeal and replace the current law with substantial reforms
6. Small Medium Enterprise proposals to encourage local business
7. An Attorney General’s Reference Bill to enable questions to be referred to the court
8. New and substantial anti Domestic Violence provisions
9. More elaborate provision to provide for the Maintenance of Children
10. Detailed Family Guardianship Custody and Access to Children provisions
11. Better provision for Child (Care and Adoption)
12. New provisions relating to Child and Juvenile Justice
As well as the completion of work on the long consulted new Legal Profession provisions to reform the law in this area to provide for better accountability and effectiveness in areas such as the training of local attorneys and continuous education generally, handling client accounts, requirements relating to good practice for insurance coverage, solvency and discipline.
International obligations – As for international obligations, during 2014 the Turks and Caicos Islands completed negotiations and signed a FATCA agreement with the United States of America, was a member of the early adopters group along with all of the Overseas Territories and Crown Dependencies following recent developments in the new international Standard for Automatic Exchange of Financial Account Information in Tax Matters. We saw the beginning of the National Risk Assessment of our financial services industry using the World Bank tool, which is a self-assessment ahead of the next round of peer assessments by the Caribbean Financial Action Task Force. I wish to personally thank the members of the Bar and the private sector generally for their participation and ongoing commitment.
Crime – On the crime front, we note the continued extensive work of the Office of the Director of Public Prosecutions and the Police in meeting the many challenging situations over the past year. In so doing I take this opportunity to thank the outgoing DPP JoAnn Meloche who has served the Islands with energy and determination during her tenure and has seen the progressive development of the Office of the DPP which may be her enduring legacy. Additionally, I wish to offer our sincere gratitude to the outgoing Commissioner of Police Colin Farquhar who has led the Royal Turks and Caicos Islands Police Force through the numerous challenges faced by them and the Islands during his tenure. At the same time, I welcome the incoming Commissioner James Smith to the post and extend to him our good wishes for a smooth transition.
I also take this opportunity to commend the DPP and the Commissioner and their respective teams of Officers for their strenuous efforts in fighting crime and overseeing law and order.
Administration of Justice – Turning now to the administration of justice, our gratitude goes out to the former Chief Justice Edwin Goldsbrough for his competent service to the Islands as head of the Judiciary. With the appointment of My Lady Chief Justice we have already begun to see the fruits of some of the energy referred to by His Excellency Governor Beckingham in his speech at the swearing in. Noting that a new Judge of the Supreme is shortly to arrive and other efforts at reforming the administration of the judiciary are already underway with plans to promote important law reforms, many of which coincide with areas of law reform already being considered. Other areas of welcome reform which are being considered include the publication of statistics and better financial management.

On the issue of facilities, we saw the opening of an additional and much needed courtroom on Providenciales, however, it is noted that the increasing reliance on video-conference or remote testimony, in both domestic as well as mutual assistance in criminal matters cases, would be greatly hampered if these facilities were not of an acceptable standard or were not well maintained. My Lady, the Government is committed to ensuring the proper resourcing of the courts and it is hoped that improvements in this area will shortly be realized.

The volume of civil and commercial litigation has markedly increased and important work on establishing an accessible repository of judicial decisions which would be greatly assist civil and commercial litigators needs the support of the bar to succeed. All levels of the Courts have been incredibly busy and notwithstanding some challenges, it is obvious that the judiciary has worked assiduously during 2014 and has accomplished much.
Personnel side – My Ladies, I am pleased to say that two additional civil/commercial attorneys and one additional drafter are due to be hired within my Chambers in the first quarter of 2015. I am equally pleased to announce that Mrs. Wynante Adrien-Roberts has today taken up her position as Deputy Attorney General following the February 2014 vacancy. Mrs. Adrien-Roberts is a thoroughly qualified and experienced attorney having been solicitor general in Dominica for many years before moving to the private bar. Mrs. Adrien-Roberts will focus on training and development within my Chambers and will undoubtedly be an asset to my already stellar team.
We recognize that while change is underway in some areas, there are still steps which need to be taken towards full implementation of others in 2015. The challenges of dispensing justice are numerous and supporting each other is our strength. Together we ought to stand up in our various roles as the judiciary, the legal service and the private bar and make a difference.

My Ladies there remains only for me to reiterate the continued commitment of the Government in ensuring the required resources for the smooth administration of Justice, and of my Chambers to providing quality service and our assistance in whatever way we can to facilitate the efficient conduct of the business of these Courts, valuing the independence of the Judiciary as a corner stone to the rule of law and in moving the motion for the opening of the Supreme Court 2015 to wish for your Ladyships, Magistrates, Court Staff, and all here present, a prosperous and productive New Year.
I now formally move the motion for the opening of the Turks and Caicos Islands Supreme Court for the year 2015. May it so please you my Ladies.
Rhondalee Braithwaite-Knowles, OBE
Hon. Attorney General
5th January 2015