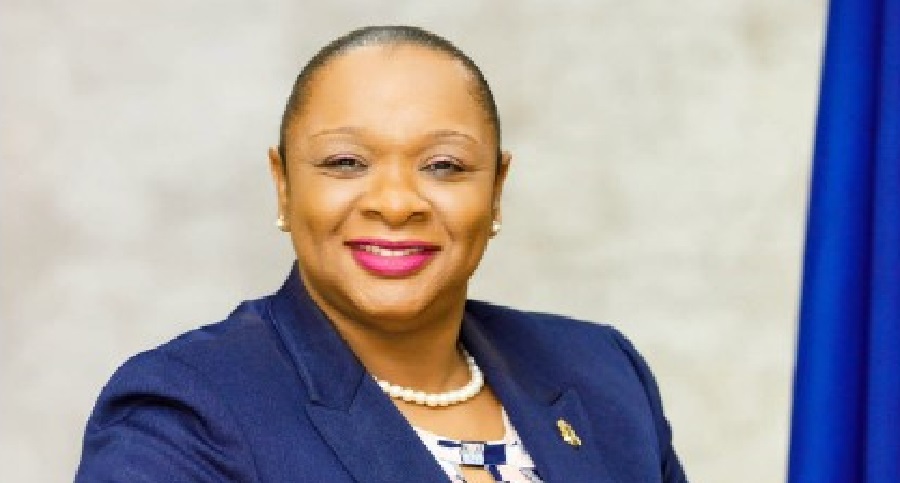 Grand Turk, Turks and Caicos – February 7, 2018 – The Turks and Caicos Parliament passed the Budget Supplementary restructuring of funds which will allow for, among other things, a national clean up to begin in the aftermath of September 2017’s Hurricanes Irma and Maria.

The plan as proposed by the Ministry of Finance to ‘build back better’ was counted as a sensible one in the end by House of Assembly Members between Monday and Tuesday, but the “untruths” which did make it to debate were not left unaddressed by the country’s Premier and Finance Minister, Hon Sharlene Robinson.

“Mr. Speaker, I sincerely believe that most of us in this honourable House really do genuinely want to see good for this country and, Mr. Speaker, I also do believe that some of us are not bright enough, but dark and are wishing that we fail as a Government, not recognizing that if we fail as government we all fail.

The Premier, in her wrapping up statement on the debate of the supplementary compared the situation to passengers on a plane hoping for the pilot to crash that plane; a situation which she reminded is tragic for both passengers and pilot.

“You can’t be serious coming into the House of Assembly, spewing doom and gloom and pretty much trying to embarrass the country… and wish publicly that this government fails in leading the country in which you are a part of.  Mr. Speaker, I find myself over and over drawing reference to some of us who are just determined to use ignorance of facts and laws, believing unlearned and reckless statements are scoring big, when in fact once it is exposed, persons know that they cannot listen to that individual.”

In a tone of voice which exposed just how incensed the Premier is by these repeated instances of ‘purportedly’ incorrect politically driven comments, Hon Robinson again offered some familiar advice.

“…for persons who sit in this honourable house to research, to read, to understand so that they can ably contribute to matters in this House.  Mr. Speaker, like the Deputy Speaker, I get the politics of debate and I do understand the role of the Opposition as a watch dog, but Mr. Speaker what this Opposition continues to fail to do is to offer alternative remedies and recommendations.  But what they have got down pat, Mr. Speaker is the offering of alternative facts.”

With a reference to the presentation made by the Deputy Premier on the difficulty of cutting and re-ordering the budget and acknowledging dissatisfaction expressed by the Opposition PNP on what was selected as the higher priority areas for spending, the Premier and Finance Minister admitted that her team regretted the exercise of slicing up an already approved and the country’s largest ever budget.

“The contributions made yesterday made it seem as if we are happy to be at this place to have to restructure our budget based on reduced revenues.  Mr. Speaker this is a setback for my Government and our capital program and I must correct several statements up front.”

The Premier said “it is absolutely untrue” that the emergency powers enacted post the hurricanes allowed the Governor and Government to spend liberally.  Hon Sharlene Robinson said the passed budget must be honoured and the procurement process is an unshakable standard in the fiscal operation of TCIG.

“There could be no spending for new capital projects unless and until the changes were made in this (House of Assembly) type setting.”

Premier Robinson counted the untruths and misinformation as missed opportunities by the Leader of the Opposition and the Opposition’s Appointed Member – in particular – to educate the public on how TCIG actually works.  The Finance Team, pointed out Hon Robinson, is the same one which led the now Opposition Leader when he served as the Minister of the same portfolio.

“In fact, Mr. Leader of the Opposition (who is absent) much of the delay Mr. Speaker was to give effect to the decision made to get input from accounting officers and other government functionaries…”

Clarity too came about the report that the Premier and Team Finance had sent the Budget Supplementary to the United Kingdom the day before Christmas, expecting to have it returned by Boxing Day, 2017.

“Absolute nonsense, there are people in the Ministry of Finance that have been dealing with the UK for some time now, and I have no reason to believe that they acted in anything other than the sincerest efforts.”

By lunchtime Tuesday, the wrap-up by the Premier was completed, sending the ‘passed’ Budget Supplementary to the Committee of Supply (of the House of Assembly) for further and final scrutiny.

TCI: Not just an athlete, but a Scholar