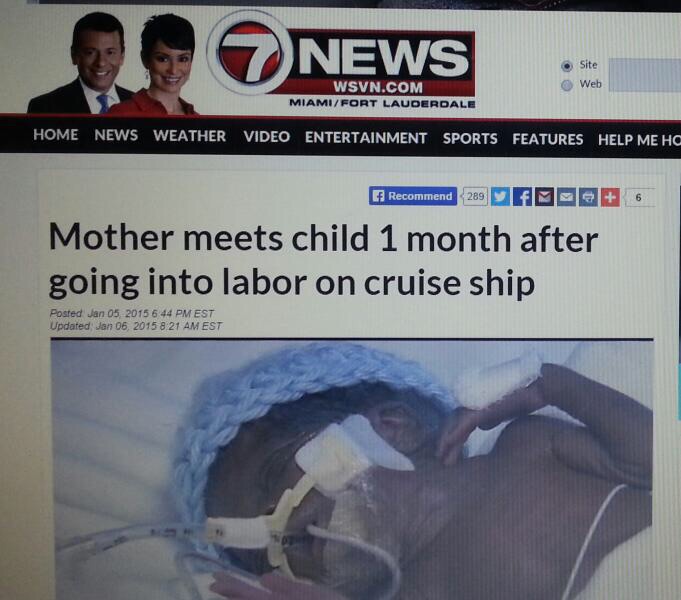 Providenciales, 06 Jan 2015 – Turks and Caicos Hospitals are cited in a touching tale out of Miami, Florida where a cruise ship passenger gave birth four months early and the family is now reunited; the baby was born safely in Grand Turk. The couple from Georgia was given the okay by doctors for the eight day cruise on board the Carnival Breeze, but baby Micah wanted to do more than experience the trip from inside his mother’s belly… labour pains came, Gay-Ann, the mother was airlifted to the Cockburn Town Medical Center and weighing a mere one pound, four ounces Micah was born in the TCI.

Eventually, Gay-Ann was transported home with medical complications including high blood pressure, an unrelenting fever and fluid in her lungs. Micah Richards was transported to Holtz Children’s Hospital at Jackson Memorial in Florida and now the mother and son are reunited. Gay-Ann told the Florida news station: “It’s like falling in love all over again.” The family is also seeking help for their medical bills. You can find the report on WSVN.