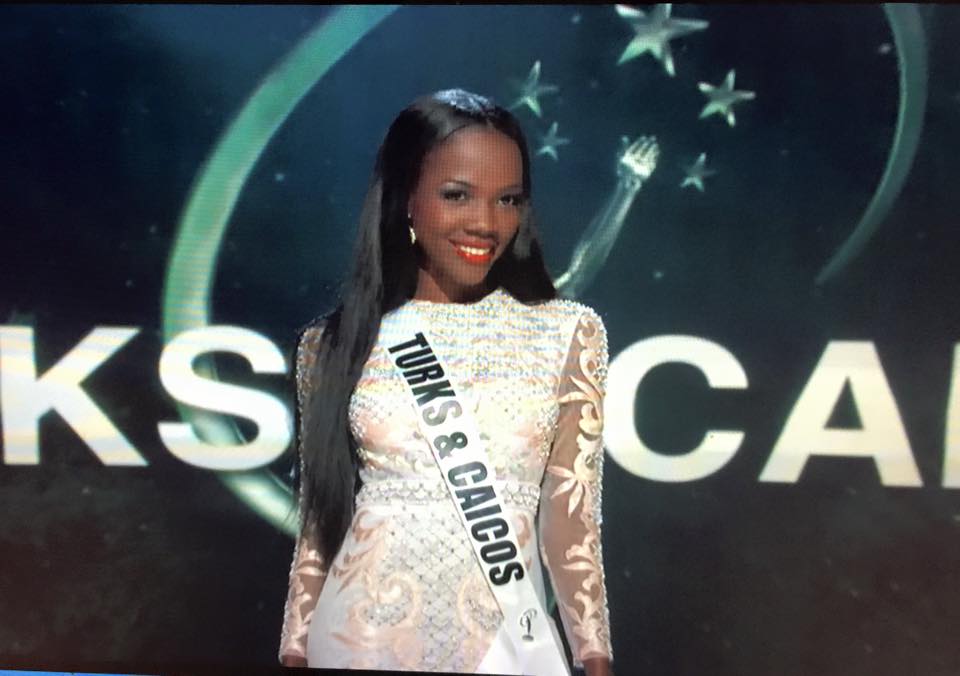 The twenty-one year old Grand Turk beauty was one of eighty-eight contestants vying for the coveted title of Miss Universe 2014 copped by Miss Columbia Paulina Vega, and fierce though the competition be, it was not enough to subdue the spirit of the Turks and Caicos Islands, nor did it shake the confidence of the country’s beauty queen Ambassador.

Residents rallied behind Ms. Williams throughout the past weeks leading up to last evening’s finals, and actively participated in online voting polls in their show of support. Ms. Williams also received extensive media coverage while in Doral and official photographs captured several of her moments in interviews and other events organized by the Pageant Committee.

The newly announced Minister of Tourism, Culture and Heritage, Hon. Porsha Stubbs-Smith who was among supporters present at the preliminaries and Costume competition in Doral remarked, “Shanice is a very talented young lady, of whom we are extremely proud. Her confidence was unwavering and she exhibited the very essence of the Turks and Caicos Islands Beautiful by Nature brand.”

Premier, Dr. the Hon. Rufus Ewing commented, “This is a very proud moment for Turks and Caicos Islanders. It was heart-warming to see the outpour of support that Shanice was shown and it proves that we can unite and be proud of who we are as a people, our heritage and everything that is Turks and Caicos. Shanice is our queen and I know that she did her best and that is all that matters.”

Premier Ewing also went on to recognize the efforts of the Miss Turks and Caicos Universe Pageant Committee and Chair, Mr. Kazz Forbes and the members and staff of the Tourist Board for their invaluable contribution. He commented, “I also want to congratulate the Tourist Board and Mr. Kazz Forbes and his committee for the 2014 production and especially their commitment to having our country so ably represented in the international arena. We must support our young professionals who are coming forward and leading on initiatives such as this as it not only brings a fresh approach and gives them the opportunity to make a contribution, but it also helps to cultivate and instill a greater sense of national pride in the generation of the future.”

Ms. Williams is scheduled to return to the country on Tuesday January 27, 2015.

No bail, Extradition papers to be prepared

No Bail for David Smith