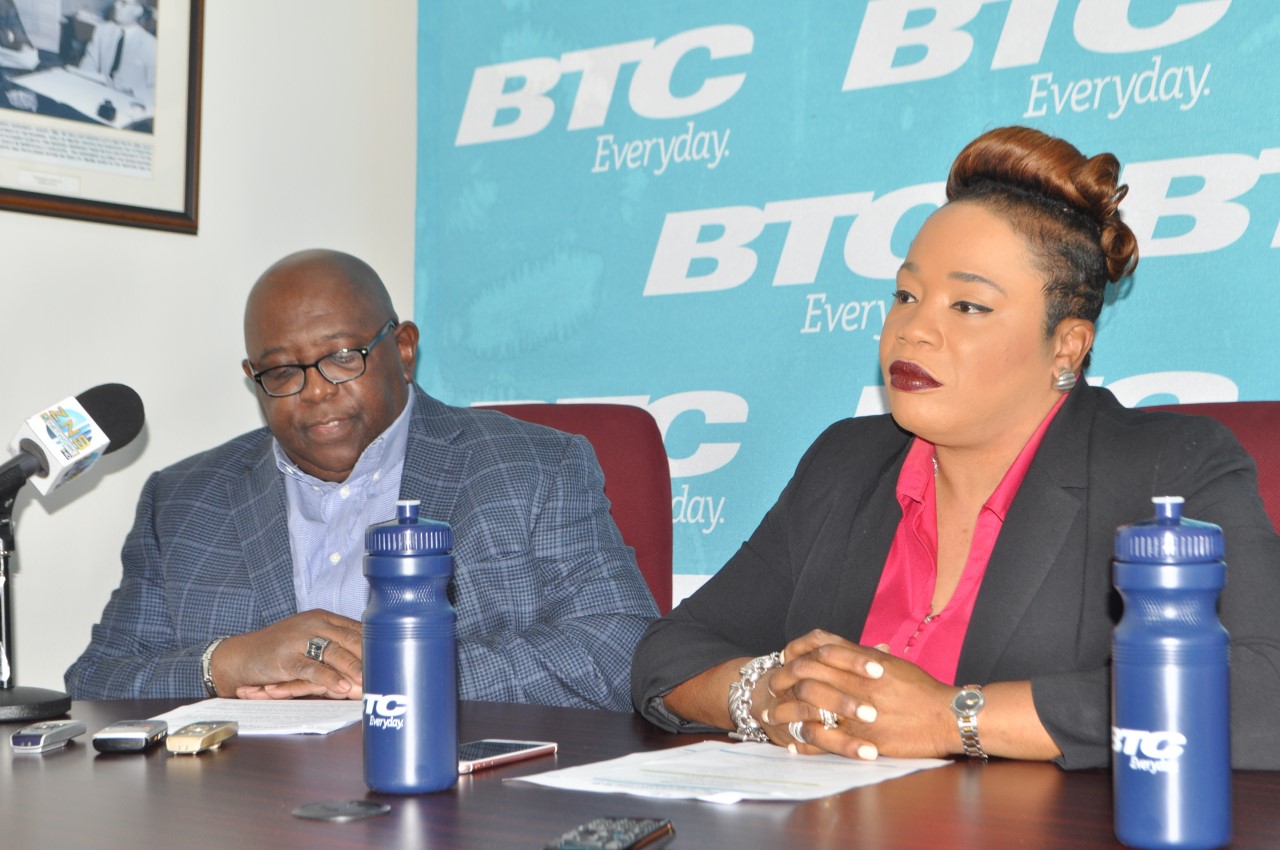 Senior Under Secretary in the Ministry for Grand Bahama, Office of the Prime Minister, Harcourt Brown, left, with Eldri Ferguson, vice-president of Marketing for BTC in the Northern Bahamas.

Grand Bahama, Bahamas June 30, 2017 — The Grand Bahama Independence Committee and the Ministry of Tourism have announced the Goombay Summer Festival which starts on July 6.

The festival will be part of the 44th Annual Independence celebrations and will take place at Taino Beach. The Ministry of Tourism is also hosting a National Pride Day and Flag Raising Ceremonies on July 7.

These Independence activities were announced by Senior Under Secretary in the Ministry of Grand Bahama, Office of the Prime Minister Harcourt Brown at a press conference on Thursday. The flag ceremonies will be held at three locations: the Administrator’s Offices in East Grand Bahama and Eight Mile Rock and the Harold DeGregory Complex in Freeport.

Citizens are also asked to wear the national colours on that day and to recognize the National Anthem which will be played on all radio stations at 9am.