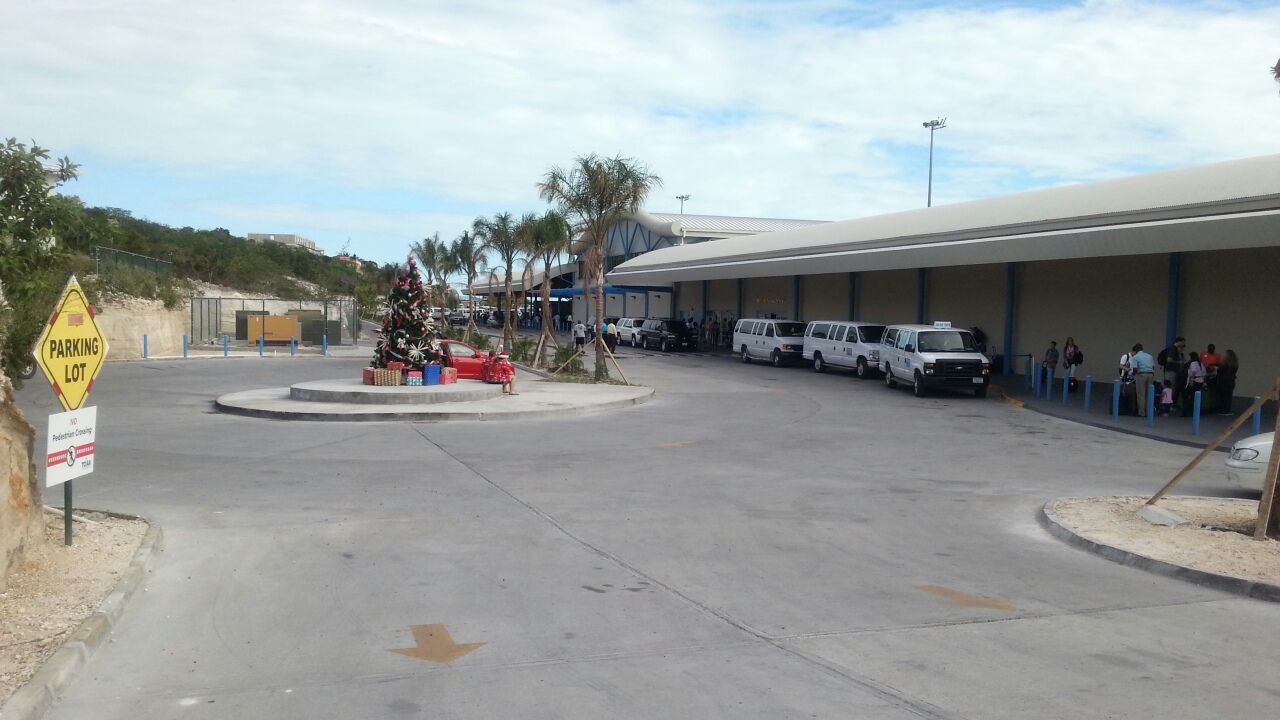 Providenciales, 22 Dec 2014 – While the Provo International Airport is coping with the crash and emergency landings on the tarmac, the building and premises is now being rushed to completion as the Turks and Caicos Islands Airports Authority prepares for its official opening on the new terminal next week; just a few days before 2015 begins. The airport terminal which is now done with phase one of the redevelopment which started in late 2012 was touted to cost $10 million to expected to expand the terminal building from 51,462 to 92,321 square feet to accommodate around 500 thousand passengers annually.

The transformed site boasts a contoured open air terminal, the country’s first flight information display system, domestic curbside check in and a dual level international departure lounge. These changes and the investment have not escaped criticisms though as some feel they cannot see where the money went, and others believe the expanded structure is already too small to accommodate the remarkable growth in tourism for the country. In Summer 2012 it was explained that the third and final phase will include the domestic departures and arrivals area, completion of car park and aesthetics, including water features. The Providenciales International Airport opening is set for December 29th, 2014.