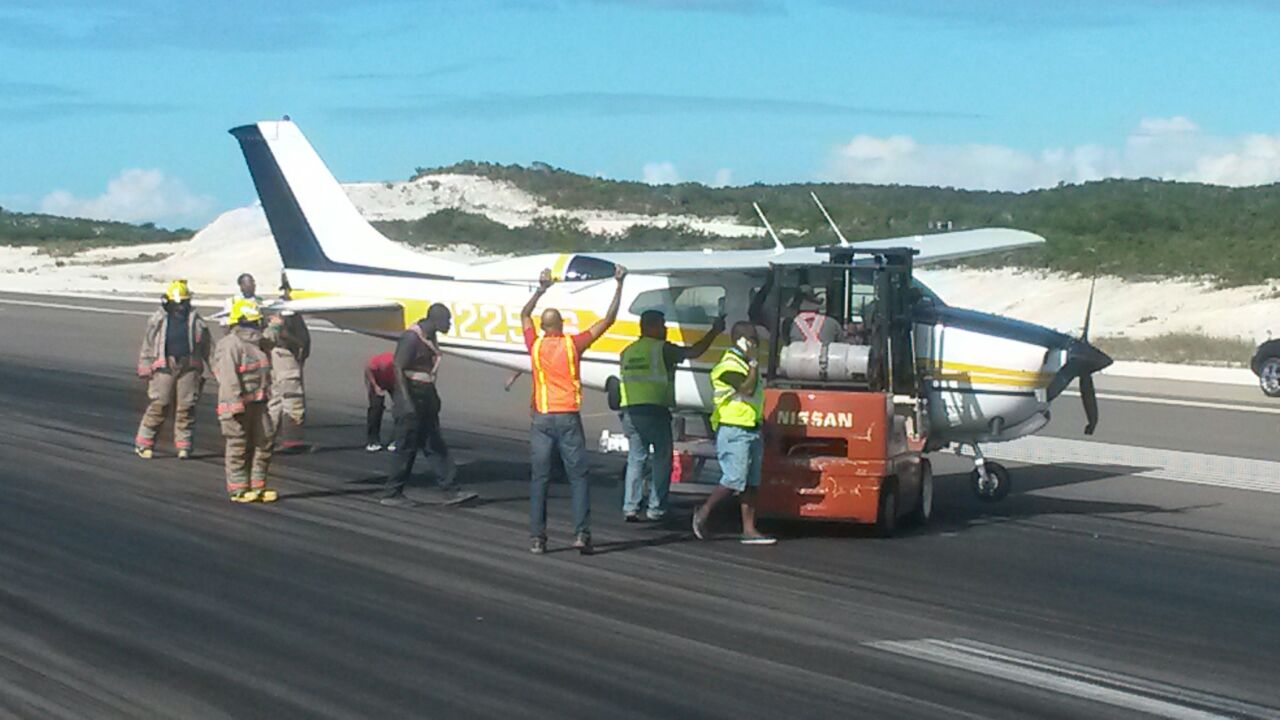 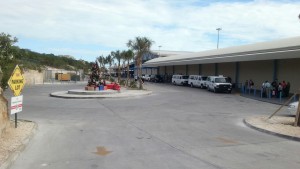 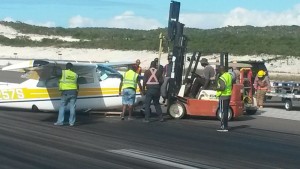 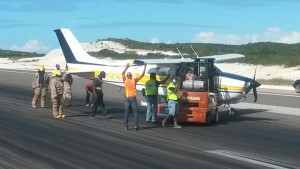 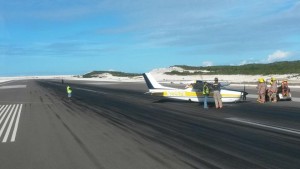 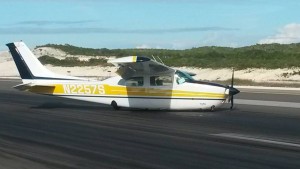 Providenciales, 20 Dec -2014 – Another calamity at the Providenciales International Airport as a plane on Saturday morning tried to land, but its landing gear would not deploy. The reports of plane crashes and near misses are beginning to spook residents now who are feeding off of news out of both the TCI and the Bahamas; a plane crash in early November took the lives of nine over Freeport including Best Selling Author and Motivational Speaker, Dr Myles Munroe.

The pilot of the Cessna in this more recent incident in Provo said the wheels of the craft would not come down, that he heading to Brazil from Ft Lauderdale. Once again a miracle as that pilot and others were unhurt, the plane though saw its propeller and wheels damaged in the crash landing. See the photos of the Cessna and attempts to get it off the Provo Airport runway at MagneticMediaonTV.com.