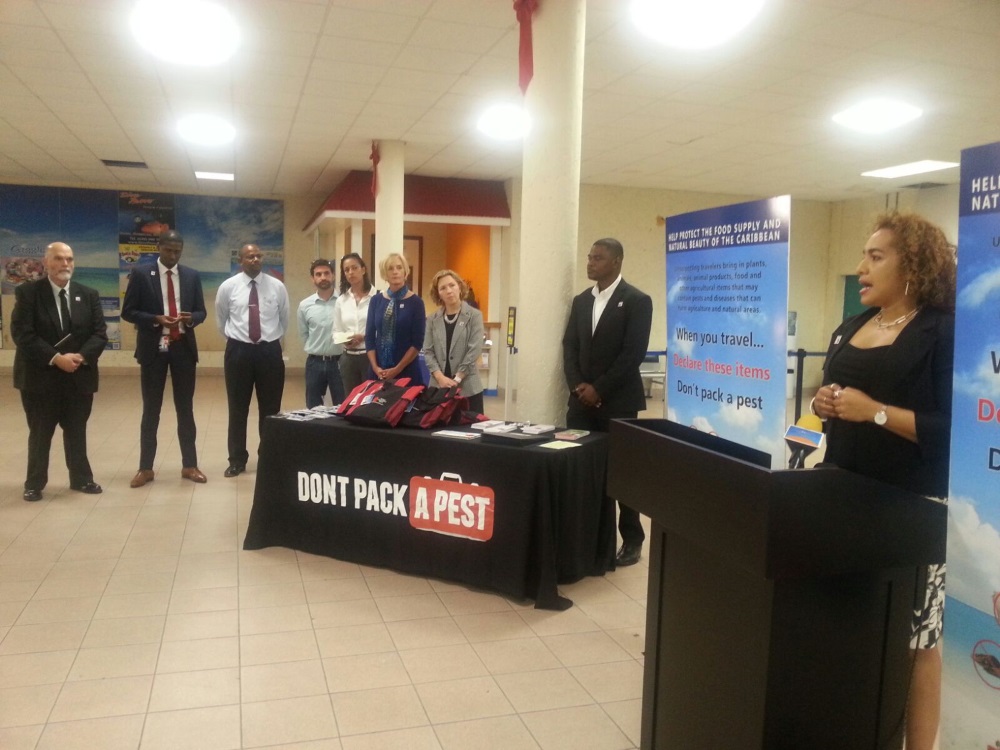 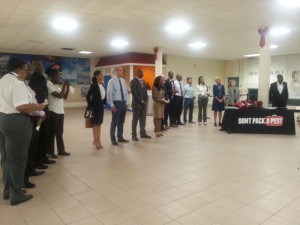 Providenciales, 17 Dec 2015 – The Turks and Caicos is now among the six countries in the Greater Caribbean with the ‘Don’t Pack a Pest’ program activated.

The Ministry of Health, Agriculture and Human Services joined by partners from the Florida Department of Agriculture, the Turks and Caicos Islands Airports Authority and the TCI Customs Department rolled out, at the Provo International Airport, the initiative which will encourage travelers to be careful of what they are packing so that harmful pests are not moving about and causing damage to the flora or fauna of the various nations.

The ‘Don’t Pack a Pest’ initiative is another feather in the cap for the TCI as executives in the Ministry and the TCIAA were commended for swift action on providing the requisite information so that the program could be implemented.

Work on the ‘Don’t pack a Pest’ started as a concept in 2011, but more vigorously as a standard of safety in the TCI earlier this year.

It is said the outreach initiative was established in record time.