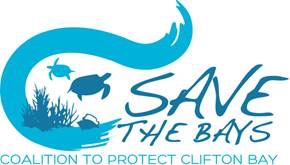 The Bahamas, 18 Dec 2014 – The same day the United States announced it would ease restrictions for Americans traveling to Cuba, the country’s tourism industry was dealt a second blow when The Bahamas was removed from the Ethical Traveller list for what authors described as its “grim environmental record.”

The Bahamas was one of three countries dropped from the list aimed at directing travelers with a social conscience to leverage their economic power by supporting developing destinations deemed ethical.
“Of note,” said the article, “Latvia, Barbados and the Bahamas lost their spots this year. While Latvia was disqualified as it’s now considered a developed nation, Barbados was removed for failing to show progress in areas of human rights, particularly human trafficking, police brutality and discrimination against its LGBT citizens. The Bahamas was also dropped for its grim environmental record, including the ongoing construction of captive dolphin facilities.”

The list marrying largely exotic locations with social responsibility was widely circulated online Wednesday and drew the attention of Save The Bays, the environmental advocacy organization that has been pushing for environmental protection legislation and an end to unregulated development.

“We have been working tirelessly through the courts, the public and with many of our environmental advocacy partners to bring attention to the importance of preserving the environment that makes this beautiful country what it is — the coral reefs, the sparkling turquoise waters, the wetlands, bays, the culture, the people’s way of life,” said Romi Ferreira, a director of the association that has set records in NGO social media following with 17,000 Facebook friends.

“As unfortunate as it is that the continuing disregard for the environment has drawn the attention of a respected publication, we hope that being dropped by Ethical Traveller will serve as a wake-up call for those who continue to allow unregulated development and development that trashes our treasures.”

The magazine, which suggests boycotting destinations it considers unethical, points specifically to penned captive dolphin facilities in The Bahamas. Ironically, a penned dolphin facility at Blackbeard’s Cay off Cable Beach was just ordered closed by the courts following a case brought by reEarth with the Save The Bays’ legal team presenting evidence that the excursion intended for passengers of Carnival Cruise Lines was built without the required permits.

That case was one of several being brought by the organization that is also actively seeking freedom of information legislation, an environmental protection act and accountability for oil spills and pollution. Its online petition at www.savethebays.bs has garnered more than 6,000 signatures and hard copies of the petition hundreds more.
“We have been attempting to alert our government with respect to the significance of maintaining environmental credibility,” said Save The Bays education director Joseph Darville. “Now the lack of appreciation for the conservation of our beautiful environment has come home to haunt us. When Ethical Traveler rules The Bahamas a prime example of ‘a grim environmental record,’ they need look no further than what happened in Bimini with the destruction of world-famous dive sites for a ferry delivering people to a casino owned by a foreign company.”
Ethical Traveler tells readers that its decisions are based on visits and it selects the destinations felt to be doing “the best job of promoting human rights, preserving the environment and supporting social welfare” so travelers are satisfied their dollars are “supporting economies that are on the right track. By visiting these countries, we can use our economic leverage to reward good works and support best practices,” it says. Eight of the 10 countries that made the 2015 list for most ethical travel destinations were islands. The 10 included Cabo Verde, Chile, Dominica, Lithuania, Mauritius, Palau, Samoa, Tonga, Uruguay and Vanuatu.

The article can be viewed at www.ethicaltraveller.org.